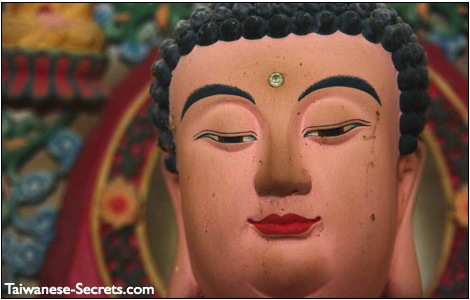 Yingge lies in the Southwestern corner of New Taipei City (the new name for Taipei County). It’s close enough to Taipei City to make it a comfortable day trip, though it can be enjoyed on its own terms as well.

Most people travel to Yingge before or after having visited the town of Sanxia and its magnificient temple, just a few kilometers away.

In Taiwan, Yingge is synonymous with ceramics. The mention of Yingge District will cause a gut-reaction among Taiwanese of its famed pottery. The high-quality clay deposits found in the area have made it a center of ceramics production since the early 19th century.

Ceramics in Yingge have developed a lot since then, today incorporating influences from traditional Chinese aesthetics, local aboriginal culture and modern art. The traditional practice has moved into the mainstream, and Yingge now supports a ceramic arts museum as well as unending tourist consumption of the pottery.

If you’re into ceramics, it’s the place to be, as there are even a lot of do-it-yourself shops that allow you to take part in the process.

Yingge “Old Street”
The old street (also known as “pottery street”) in Yingge is where you will satisfy any and all of your pottery-buying desires. The street has a quaint 19th-meets-21st century feel, and the pottery shops can have a lot of character.

Popular items for purchase are, perhaps not surprisingly, tea pots, and if you come to Taiwan looking to bring tea home, experts will tell you to make sure you get a well-made pot from Yingge.

A couple of warnings: first, on weekends or holidays the street might be full of tourists and shoppers. Second, pottery here varies greatly in quality and price – unless you’re looking for a throwaway souvenir, don’t just buy the cheapest bowl or tea pot you can find, as it will probably be considerably inferior.

Yingge Rock
Yingge supposedly gets its name from Yingge Rock, which carries with it a legend. The rock is also known as eagle rock; it is said that Koxinga, the Chinese general famous for expelling the Dutch from Taiwan in the name of the Ming Dynasty, shot down a giant bird that was harassing the locals, thus turning it into the stone that stands today.

You can get to the famous spot via a trail just a few minutes’ walk from the train station. The trail is relatively short; you should be able to get to the rock in less than 30 minutes. Once there, you get some nice views of the city and surrounding area. The rock is easy to find – there are signs all over the place that will show you where it is.

Yingge Ceramics Museum
Recognizing the popularity of the ceramics culture in Yingge, the government established a museum dedicated to informing the public about it. The museum discusses the history of the ceramics industry and how it has influenced the history of Taiwan on the whole. It covers everything from the most basic applications of ceramics to finer luxury pottery. Audio guides are available at the museum, and everything is well-labeled in both Chinese and English.

DIY Pottery
Tired of pottery yet? If not, why not try to make some yourself? Reservations may be needed, but many stores in Yingge have taken the next step in its tourist economy by allowing customers to use the rich local clay to make their own pottery. The museum (see above) also has daily workshops for adults and children to take part in the process of ceramics-making.

Yingge is definitely small enough to get around via walking. A quick hike will bring you to Yingge Rock, but the Old Street and Museum attractions are definitely close enough to the train station to make renting scooters or hiring taxis unnecessary.

Even in the restaurants, you can’t escape the ubiquity of Yingge’s pottery obsession. Restaurants will compete for who’s dishes are more comfortable to use or more finely-made (but not the food).

Kaori Cafe
A Western-style cafe that offers a nice spot to take a break, have a cup of coffee, and some familiar options such as salmon and pasta.
No. 80, Guangming St., Yingge Township

Grandma’s Sushi Shop
You might not associate small-town Taiwan with sushi, but here it is, a nearly five-decade-old institution in Yingge that serves up the Japanese specialty. The sushi here is probably among the cheapest in the world, without sacrificing quality.
No. 63, Jhongjheng 1st Rd., Yingge Township

Old Street Rest Stop
Located on the Old Street itself, this restaurant blends your hunger with your love of pottery. It has vegetarian options and coffee, yet still offers Chinese favorites and snacks. What’s more, behind the restaurant is a “pottery classroom”; maybe if you stop in first you can eat out of your own bowl afterward.
No. 48, Jianshanpu Rd., Yingge Township

Like Wulai, Yingge serves best as a day trip from Taipei or another location. However, if you must stay the night, generally-speaking there will be a lot of cookie-cutter hotels near the train station. A slightly more out-of-the-way location is below:

Find hotels and hostels near Yingge on HotelsCombined.com

Travel to Yingge / Transportation from Taipei

Like many stops in Taiwan, the Taiwan Railway Association (TRA) trains will be the most convenient option. Yingge is not far from Taipei and should only take roughly 40 minutes from Taipei Main Station.

Other Destinations in Northern Taiwan