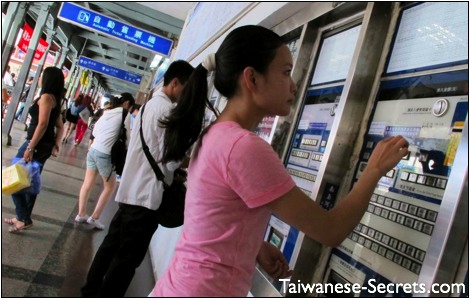 If you have questions about transport in Taiwan, make sure you read this page from top to bottom!

I have traveled to every part of the island by normal train (TRA), fast train (HSR), bus, plane, boat, car, motorbike, I’ve hitchhiked, walked… I’m sure I can help you with your questions about transportation around Taiwan.

Transport to and from Taiwan Taoyuan International Airport

You can take short or long-distance buses to destinations like Taipei, Taichung, Tainan, Kaohsiung, Taoyuan, and Hsinchu from both terminals.

From the East Coast

If you are making your way from cities located along the East coast of Taiwan like Hualien or Taitung, you should first take a train to Taipei, then take a bus to Taoyuan Airport, which is about an hour south of the capital.

The High Speed Train (HSR) is another very convenient and fast way to reach Taoyuan International Airport. It can cut time by around 4 hours if you’re coming from Kaohsiung. The following cities have HSR stations: Kaohsiung (Zuoying), Tainan, Chiayi, Taichung, Hsinchu, and Taipei.

For information about ways to get around Taipei, head to this page where I explain in details how to use the city’s metro system (MRT), buses, taxis and where to rent a car.

Find out how why so many people love the MRT in Taipei. It’s always been my favorite way to get around Taiwan’s capital… after walking, of course!

Transport in Taiwan – Pages you need to read!

Getting to small towns and villages

This can be tricky. Really. If you don’t have your own transportation in Taiwan like a rental car or scooter, it can be a nightmare to get to some of the smaller villages located in rural parts of Taiwan.

Click here to rent a car in Taichung City, in Central Taiwan.

The main problem is that there are simply no trains or buses that reach those remote places. In that case, you basically have five options: walk, cycle, hitchhike, rent a vehicle, or choose a different destination.

The second issue is language. Most big cities are clearly labeled in English at train stations and bus terminals, but smaller locations are usually only written in Chinese, so unless you can read Chinese, you’re either stuck where you are for a long time, or you’re gonna make a taxi driver very happy!

Oh, here’s an idea that might work… ask someone for help at the station. If you’re in a big city, you might find someone who can communicate in English. If you’re out in the sticks… well, good luck!

Finding transport and getting to places along the Taiwanese west coast (between Taipei and Kaohsiung) is a breeze and it’s affordable, punctual, and safe.

The biggest cities can be reached by either bus (very cheap), slow train (cheap), and fast train (less cheap).

All the cities and towns located on the East coast between Taipei and Taitung can easily and affordably be reached by normal train. Some of the popular destinations along Taiwan’s fantastic and beautiful East coast include Keelung, Ilan, Fulong and its awesome beach, Taroko Gorge, Hualien, and Taitung (Taidong).

Transportation to places in the Central Mountain Range

On the other hand, if your plan is to get to more remote spots in the Central Mountain Range to do some hiking, may I suggest you get a car, a scooter, or try hitchhiking.

Getting around Taiwan’s mountain and beach resorts like Sun Moon Lake, Kenting, Green Island, and Penghu is very simple. You can rent a scooter for cheap and you don’t need to provide an International Driver’s License or a Taiwanese ID card.

The best way to rent a scooter at those destinations is to first get a place to stay, then ask the hotel staff to contact a scooter rental agency for you. Tell them you want the scooter delivered at your accommodation. This way, if you have questions or problems – I assume you can’t speak Chinese – the people who work at your hotel can help you communicate with the people who will rent you the scooter.

Return from Transport in Taiwanto Travel in Taiwan.