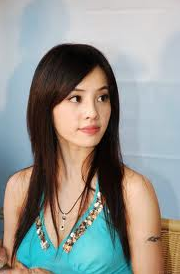 No matter how long you’ve studied Chinese, you’re bound to have a hard time watching the news in Taiwan – the number of near-identical Taiwanese celebrities and pop singers seems to double every week.

Gossip and celebrity obsession are prevalent here, and within this world the pop singers are the kings and queens.

For whatever reason (many attribute it to Chinese culture’s traditional appreciation for the song), singers in Taiwan have a higher level of celebrity than actors.

I’ll do my best to crack into this huge and complicated world. 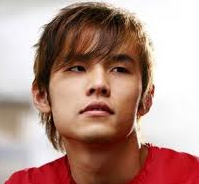 The most famous Taiwanese singers of all is Jay Chou, who we could easily bill as the Michael Jackson of Asia. People wiser than I have said that pop singers are Taiwan’s most virile cultural export, and Mr. Chou is the one steering that ship. He is well-known throughout Asia, and even got a shot to break into Hollywood with his latest role in The Green Hornet.

His music covers everything from sappy love songs to cheesy hip-hop, and he is known for his distinctively nasally, throaty singing voice. Jay Chou deserves a lot of credit both for writing nearly all of his own music and for blending a variety of styles, liberally drawing from R&B, rap, rock, pop repertoire. 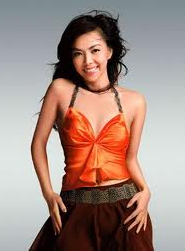 As an Canadian, my first reaction was “racism”, and I’ll stick by it. Anyway, perhaps playing to this stereotype is the success of A-Mei, an ethnic Puyama from Taidong who brings out the influence of aboriginal music in her songs. She is an immensely popular singer in Taiwan and mainland China, as well as Singapore, Malaysia and beyond. 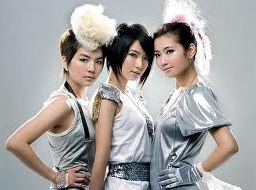 Wu Bai, Mayday and Sodagreen: As you might have seen from Jay Chou’s summary, the lines between pop and rock are fuzzy here in Taiwan.

The biggest name in this field is without doubt Wu Bai, who I kind of think of as the Bon Jovi of Taiwan. He’s got a hardened look, long, flowing hair and seems to be permanently scowling. His live shows, traditionally with his band China Blue, draw tremendous crowds throughout Asia. He is seen as a trailblazer for introducing heavier guitar sounds to Taiwan’s sonic.

However, Wu Bai is a bit outdated at this point – his first record was released in 1992. Chronologically, the next big name in Taiwanese rock is Mayday, a five member alternative rock outlet popular among students in the late 90s. Mayday is well-known for often singing in the Hakka language and making frequent cultural references. Their sound is a definite update from Wu Bai’s, with a crisper, more elegant sound closer to U2 than Bon Jovi.

The most recent rock phenomenon is Sodagreen, bringing Taiwan into the indie-folk-rock age. Sodagreen is defined by its lead man, Qing-Feng, whose boyish voice soars comfortably into high registers and whose literary lyrical style has been a hit.