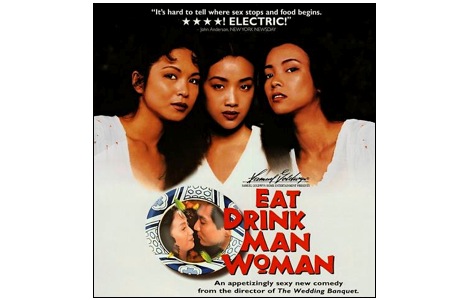 Taiwan doesn’t produce a ton of its own films – most movies shown in theaters here come from Japan, Hong Kong, China and of course the United States. Still, Taiwan has a rich history of independent filmmaking that has carried over to producing more mainstream stuff as well.

Probably the world’s most famous Taiwanese director is Ang Lee (of Crouching Tiger, Hidden Dragon and Brokeback Mountainfame), but he has since moved on to Hollywood and only occasionally films in Taiwan.

Many independent/art-house films make up the inception of Taiwanese filmmaking. In the 1980s and 90s, Taiwan went through what is now known as its “New Wave” period, drawing inspiration from French New Wave films characterized by slow-moving realism.

The directors who make up this group, principally Hou Hsiao-Hsien, Edward Yang and Tsai Ming-Liang, are given considerable credit for putting Taiwan on the global cultural map. Edward Yang won the Best Director Award at the 2000 Cannes Film Festival for his slice-of-Taipei-life film Yi Yi, which many hail as a great moment in the modern history of Taiwanese cultural output.

These films have become a popular way for people in Taiwan to make sense of their own complicated sense of cultural identity. They deal with the themes of the clash between Chinese and Taiwanese mentality, the effect of development and modernization on traditional culture and so on. They tell stories in a slow-moving, realist style. If you’re interested, these four flicks will give you a great intro not only to filmmakers in Taiwan but to Formosa’s sense of self. Be warned that they are slow (Ang Lee’s entry is a bit on the peppier side).

Ok. Now that we’ve gotten the high-minded “searching for our cultural identity” films out of the way we can get a bit of an update and talk about Taiwan’s mainstream stuff. Well, not exactly. All the aforementioned “New Wave” directors still have a heavy hand in making many newer movies, so their influence remains.

Recently, Taiwanese filmmakers have started trying their hand at some other kinds of genres. American-born Taiwanese Arvin Chen won the NETPAC (NETwork for the Promotion of Asian Cinema) Prize at the 2011 Berlin Film Festival for his quirky comedy Au Revoir Taipei about a humble Taipei twenty-something who sees his girlfriend ditch him for a life of French study in Paris. Kevin Ko has tried to emulate bloody torture films like Saw with his local version, 2009’s Invitation Only.

All things considered, I’ll say that Taiwanese people generally prefer to watch films from Hollywood or Hong Kong and, increasingly, Bollywood. Still, I think that filmmaking in Taiwan is one of the areas with the most output and experimentation, and will continue to make a name for itself on the international stage.

I hope you enjoyed reading this article about Taiwanese Movies!