You simply cannot not make a stop in Dulan if you’re traveling along the east coast of Taiwan! 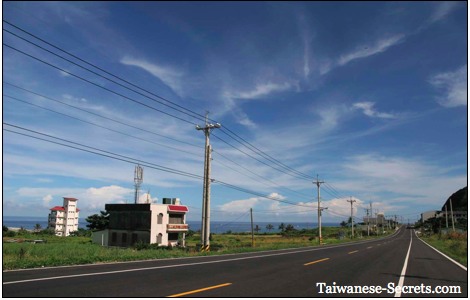 Dulan is a small, peaceful coastal town located 20km north of Taitung city, on the east coast. And it is without a doubt my favorite travel destination in Taiwan!

This tiny community of Ami (Taiwan’s largest aboriginal tribe) is nestled between mountains and sea along Highway 11. Dulan boasts awesome coastal scenery, one of the quietest stretches of beach in Taiwan, a thriving local art scene, live music on Saturday nights, aboriginal festivals, and the coolest BnB on the island.

It’s really a place you should check out during your vacation in Taiwan if you’re interested in nature, art, music, beaches, or Taiwanese aboriginal culture.

Where else in the world can you have such a beautiful beach for yourself!? This is Dulan beach… not even in the Lonely Planet!

The old Sugar Factory (now turned into a bar / music studio / art gallery) is what put Dulan on the Taiwan vacation / travel radar, and it’s the main reason why people travel to Dulan from all over the island every weekend.

Every Saturday night, the Sugar Factory comes to life with live music – both foreign and Taiwanese. The atmosphere is warm and friendly, the locals are hospitable and easygoing, the alcohol abundant, and the music is so damn good!

The Sugar Factory is very easy to find – it is located right along Highway 11, on the mountain side of the road, at the northern edge of town. Look for a wooden building with people standing outside in the parking lot.

Dulan beach is the perfect place to shake off the likely headache you’ll wake up with on Sunday morning if you spent the night at the Sugar Factory. The brown sand is fine and clean, and the waves – when there are any – are perfect for beginner surfers.

The most people I’ve ever seen at the beach in Dulan was around 10 or 20. Taiwan is one of the only places in the world where you can enjoy such a formidable stretch of coastline in peace, without the hordes that typically crowd beautiful beaches. I would even go as far as to say that Dulan beach is the nicest one between Hualien and Taitung, if not on the entire east coast… if not on the whole island! 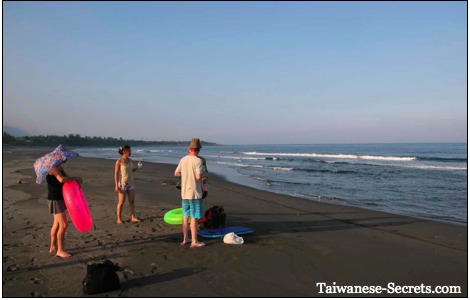 Getting to Dulan Beach

From the northern edge of town, on Highway 11, head north for about 500m. You’ll see a small country road (sorry, no English sign) that turns right, towards the sea. It takes about 5 minutes to get there by scooter from the Sugar Factory.

Water Running Up is a geological oddity which attracts hundreds of Taiwanese / Chinese tourists every weekend. This popular attraction is nothing more than a hill with a walking path that goes alongside a tiny canal in which the water seems to be flowing upwards.

I went to have a peek and it was a big waste of time. I have a picture of it, but I won’t even bother to post it here. It simply isn’t worth your time, especially when there are so many cool things to see and do in this part of Taiwan.

There aren’t too many big restaurants in Dulan. Most of the good places to eat fresh seafood are in Chenggong, 25km up north on Highway 11.

In Dulan, there is a 7/11, some small places for noodles and friend rice, and a little supermarket where you can buy snacks and drinks. You’ll find these places on Highway 11.

My favorite place to eat in Dulan is the little cafe in front of the Sugar Factory. The lady there can make a surprisingly good quesadilla as well as other delicious snacks. The place is in the parking lot right in front of the factory. 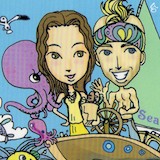 Where to sleep in Dulan?

Unfortunately, accommodation in Dulan isn’t as plentiful as in Taitung city. There aren’t that many hotels, hostels, guesthouses, bed and breakfasts in town.

Fortunately, there is one place – a true little gem – not too far from the main road, hidden in the lush mountains behind Dulan: Check out my favorite B&B in Taiwan: Taitung Sea Art Hostel.

It is an incredible place where you can spend the night in the mountains, 5 minutes away from the sea, in a traditional Taiwanese house that’s been revamped by Roman the artist (from Canada) and his Taiwanese wife Emily… Really… DO check it out!

Getting to Dulan is really simple… if you know what you’re doing!

By Bus: There’s a Free Shuttle Bus that runs along the east coast between Taitung Train Station and the Dulan Sugar Factory. When you exit the train station, turn right and you’ll find a row of bus stops. Look for a big red sign that says “Tour Taiwan”. Buses leave every 40 minutes.

Car / Scooter / Hitchhiking: From Taitung City, head north on Highway 11. If you don’t have your own wheels and you don’t feel like taking the bus, you can always hitchhike. Hitchhiking on Highway 11 is a breeze and it’s a great way to meet people.

By Car: From Taipei, take Highway 5 all the way to Ilan, then switch to Highway 9 to Hualien. From Hualien, take Highway 11 all the way down to Dulan. DO NOT drive too fast, stick to the speed limits as there are lots of speed cameras along the way.

By Train: A fast and comfortable way to get to Taitung or Dulan by train from Taipei is to take the HSR (High Speed Rail) all the way down to Kaohsiung (the station is actually called Xin Zuoying), then take the normal train (TRA) from Kaohsiung to Taitung. You can travel between Taipei and Taidong in as little as 4 hours if you catch the right train between Kaohsiung and Taidong. You want to get on a Tze Chiang train – the fastest of the normal trains. Expect to pay around 1700NT$ one way.

Note that the railroad doesn’t go through Dulan. You have to first make it to Taitung, then take the free shuttle bus.

Another (cheaper) option is to take the normal train from Taipei to Taitung, along the east coast. You want to make sure you take the fastest one – train no.1079 – which leaves from Taipei Main Station at 9:55 and arrives in Taitung at 14:42 (total travel time is 4h 47m).

From Other Taiwanese Cities

If you want to travel to Taidong or Dulan from Taichung, Tainan, Hsinchu, Taoyuan, Chiayi, or any other cities along the west coast of Taiwan, I recommend you first go to Kaohsiung, from where you’ll be able to take the train to Taitung.

From Hualien, you can either take the bus or the normal train. The Hualien Bus Company has a bus stop right outside Hualien train station. The advantage of taking the bus is that you don’t have to make it all the way down to Taitung, you can ask the driver to let you off in Dulan. 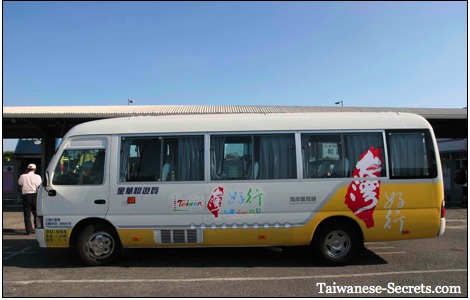 Don’t hesitate to contact me if you have any question about Dulan, or about anything else concerning your Taiwan vacation. Have a safe journey!

Need a place to stay in Dulan? Check out Taitung Sea Art Hostel