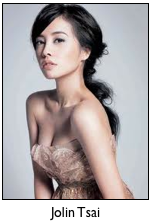 Taiwanese music has been extremely popular in Asia for more than two decades and it is starting to make it’s way around the world.

The Music of Taiwan – Hot in Asia!

Taiwan has produced some of the most popular and loved Asian pop stars, most famously Zhou Jielun, widely known as Jay Chou, and Jolin Tsai who is popular for her amazing dancing ability. Jay sings in Mandarin and is a favorite in Asia from Singapore to Japan, Korea, China and beyond. The Taiwanese love for pop music has been one of its most crucial exports for putting it on the map in the minds of the rest of Asia.

Taiwanese music can be cleanly placed into three categories – mainstream Mandopop, Taiwanese pop and indie rock. There’s very little in the name of electronic or jazz, and though Taiwan’s children drill the life out of their fingers playing piano and violin, the country has yet to produce any indigenously trained world-famous classical musicians, with the most promising students making their way to Europe or the United States early on.

Where to See Music in Taiwan

As far as where to see music, it is unfortunately fairly difficult to find venues that are consistently interesting. The huge Mandopop stars will make their appearances at the big arenas in Taipei, Taichung, or Kaohsiung, while the local Taiwanese versions will hit the smaller places along the way. Indie rock bands tend to flock to the same short list of rock clubs and coffee shops that will accommodate them. The website http://gigguide.tw is a good resource for finding what’s going on and where.

Taiwan is also home to a few well-maintained and well-attended music festivals. Spring Scream is the most popular. This annual beach party is held in April in beautiful Kenting and it showcases local Taiwanese independent rock bands as well as foreign musicians. The festival is definitely worth checking out if you happen to visit Taiwan in April. It’s relatively cheap, close to the beach, and you get an earful of the Taiwanese music scene, with over 250 separate acts making an appearance each year.

Of course, the best way to get an intimate knowledge of music in Taiwan is to find some locals who are willing to take you for a KTV (Karaoke) adventure. This is the quintessential Taiwanese method of engaging with music, and is fun enough to go at least one or a few dozen times. 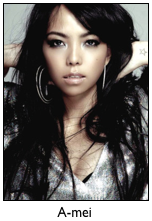 Taiwanese culture has deep musical roots. And Taiwan’s music has played an important role in Chinese music. After the Maoist revolution in 1949, romantic pop songs were not allowed on the Mainland and the Taiwanese love song was one of the most important cultural imports to find its way across the strait, as these songs had a large impact on the democratic movements of the 70s and 80s.