Before making your trip or move to the Ilha Formosa, you can take a few precautions to stay healthy. 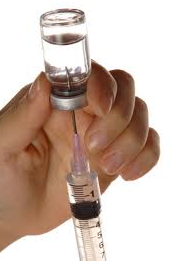 The Center for Disease Control (CDC) of the United States recommends being up to date on all routine vaccinations, hepatitis A and B, and Japanese Encephalitis, the last one especially if you plan to visit rural farming areas.

Bats are also all over the place in Taiwan, so if you plan on spelunking, or if you watched Dracula too many times as a kid, you can think about a rabies vaccination. Mosquitoes are also ubiquitous, so you can pick up some repellent at a convenience store, bring some with you, or tough it out for some character-building.

The streets of Taiwan are packed with trillions of cars and scooters, so the air quality – especially in the biggest cities – is pretty bad! If you suffer from asthma or any other respiratory condition, be warned that the pollution in Taiwan might make you feel worse. Some people deal with the problem of air pollution by wearing a mask when they walk on the street or ride a motorbike.

Health care in Taiwan can be a bit confusing based on the fact that Chinese Medicine and Western Medicine are given equal weight. Medical clinics will offer one or the other, but don’t assume, as you might in a Western country, that all doctors have the same medical philosophy.

If you’re interested in giving Chinese Medicine a try, it’s a great place to do it as it can be done relatively inexpensively and with some of the most well-known and well-respected practitioners on the planet. Many people believe that Chinese medicine can give a boost to your immune system and help you stay healthy in Taiwan.

Click here for more information about Chinese medicine in Taiwan.

Western Medicine in Taiwan is Cheap!

Western medical facilities in Taiwan are about on par with those in the West, except that they are most likely quite a bit cheaper. Hospitals in bigger cities like Taipei, Taichung and Kaohsiung will without question have people who can speak English, and who may have even received advanced degrees from Western countries.

Hospitals in Taiwan… Brace Yourself!

If you need to make an unfortunate trip to the hospital, try to brace yourself for culture shock. The philosophy driving Western medicine in Taiwan is all about breakneck efficiency – getting you in and out as quickly as possible.

Like some kind of bizarre relay race, you’ll first arrive at the hospital and tell them your ailment or problem.

Then, they will tell you they need to run a battery of tests, and will tell you where to find the appropriate rooms for the respective exams. You will wait in line for a few minutes; they will somehow run each test in under 20 seconds and then tell you to move along to the next test. All while you are trying not to throw up on the floor.

Finally, after the tests are over you will return to speak with a doctor who has a flair for English colloquialisms. He or she will tell you what you’ve got, give you some prescriptions and advice based on what they’ve found, and there is more often than not a pharmacy inside the hospital itself. Then you will leave, with a bag full of pills, wondering what just happened.

This experience is highly impersonal, but the fact that you can get in and out of the hospital in under an hour is nothing short of miraculous from many Westerners’ perspective.

Got a sore tooth? Taiwanese Dentists

If you’ve got a problem with a tooth, or maybe you’d like to replace those ugly silver fillings, head for the nearest dental clinic. All the dentists I’ve seen in Taiwan were amazingly good – and I’m the kind of guy who is really scared of dentists. Expect to pay around 1000NT$ (30US$) to fill a cavity.

Taiwan has been on a health and cleanliness kick after the H1N1 scare in 2009. Previous problems such as not being able to find soap for hand-washing in public restrooms have mostly been solved in the cities to combat the spread of the disease. Foreigners should still never drink tap water without boiling it, but using it to wash produce or brush your teeth is fine.

It’s important to keep in mind, though, that the food culture has remained mostly excused from the H1N1 crackdown. As raw and lightly cooked meats, along with vegetables swimming in all kinds of oils, are important parts of the diet, treading carefully at first is probably a good idea. Check out my page about food in Taiwan!

Another important point I should tell you about food and health in Taiwan is that most restaurants serve dishes that have ridiculously high amounts of MSG in them, so try to let your waiter know that you don’t want wei jin in your food if you’re allergic to it.

I hope you found this article about Taiwan health helpful.

Return from Taiwan Health to Facts About Taiwan