The national Taiwan flag is different from China’s national flag. On this page, you’ll find the meaning of the different icons and colors of the Taiwanese flag.

Some facts about the Taiwan flag:

1- The upper left part of Taiwan’s flag is the Blue Sky with a White Sun: the Kuomintang’s (KMT) party flag.

2- The twelve rays of the white sun represent the twelve months of the year and the twelve Chinese hours.

3- The red part of the Taiwanese flag symbolizes the blood of the revolutionaries who fought to create the Republic of China (ROC).

4- Taiwan’s flag was first used in mainland China by the Kuomintang in 1917.

6- It was designed by Lu Hao-tung and Sun Yat-sen.

7- Due to Taiwan’s ambiguous political status, many people refer to the Taiwan flag as the flag of the Republic of China.

8- The Chinese pronunciation for Taiwan’s flag is Zhonghua Minguo Guoqi. 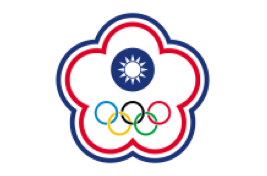 9- Taiwan isn’t allowed to use its national flag when it participates in international organizations or sporting events such as the Olympics or Asian Games. The Taiwan flag is replaced by the Chinese Taipei flag (right picture) on those occasions.

10- The three colors of the flag are also said to correspond to the Three Principles of the People; a political philosophy to make China a free, prosperous and powerful country. The principles were developed by Sun Yat-sen, father of the nation for both Taiwan and China.

You can go to the CKS Memorial Hall in Taipei to see the raising of the flag. It’s a very popular thing to do for Japanese and other Asian tourists.

Understand the History of Taiwan.

Return from Taiwan Flag to Facts About Taiwan