Information About Fashion in Taiwan

Like almost anywhere else in the world, the love and passion for fashion is generally related to your distance from that place’s biggest city. Taipei is definitely Taiwan’s most concentrated fashion center, but Taiwanese fashion and style are increasingly weighing heavy on the minds of people everywhere from Keelung to Kenting.

Culturally, fashion has gotten a grip on the minds of people in Taiwan, with style magazines selling like hotcakes and dropping the names of European designers becoming a status symbol. Walking around hip cities like Tainan or Taichung, it seems like everybody has their own style going on, experimenting with a range of influences and aesthetics. Most of the trendiest fashionistas conglomerate in hip cafes tucked into small alleys. 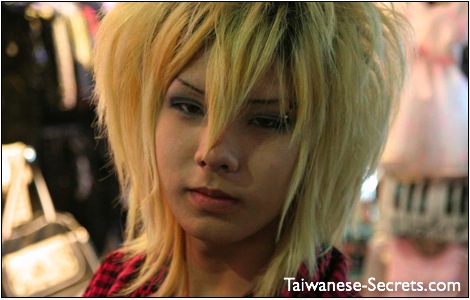 Is Taiwanese fashion influenced by the West?

For better or worse, western styles have taken over the dreams of Taiwan’s elites, just as they have in other place in Asia. Department stores throughout Taiwan are packed with your familiar design deities – Marc Jacobs, Gucci, Armani, Dior, Chanel and above all, Louis Vuitton.

Referred to in Chinese directly as “LV”, the brown-on-brown Vuitton bags are shockingly easy to find in any large Taiwanese city, in spite of our distance from France. Many people in Taiwan punch above their weight in terms of economic class by saving up for months or years to get their hands on an LV bag that might run US$10,000 or more.

Not everybody is on the European design bandwagon, though. Korean and Japanese styles are also vital mainstays in the canon of popular fashion and Taiwanese night markets are popular places to get your hand on cheap cheap clothes and accessories.

Also, when Uniqlo, the cheap Japanese clothing maker opened its first Taiwan store in Taipei in 2010, there was endless advertising, hoopla and general excitement. The store was packed to the brim on opening day.

You might be wondering at this point whether there is anything to be said for local, homegrown Taiwanese fashions. The answer, as far as I see it, is “yes and no”. More and more university students are opting into creative programs dedicated to fashion design. The internationally famous Taiwanese-American fashion designer Jason Wu (who has dressed none other than Michelle Obama) is starting to look like the Ang Lee of the Taiwanese fashion world.

Besides that, independent clothing retailers are popping up everywhere. Taiwanese people have a solid entrepreneurial spirit, and their economy has always been characterized by a large number of small-sized firms.

Following that thought process, indie retailers import hand-selected items from elsewhere in Asia, or they skip that step and design and create the stuff themselves. A cool example is Booday, who handcrafts all of their items using natural dyes, custom designs and organic material. They have a shop in Taipei’s Zhongshan District.

The future of fashion in Taiwan…

Taiwanese fashion and designs have and should continue to make a name for themselves. In the mean time, people in Taiwan are going to be trying to figure out whether they will go the Japanese route or the French one. Sooner or later, I think, they’ll get some more personal options.