More and more people are curious and interested about Taiwanese culture these days. Far behind are the days when people were asking questions like Where is Taiwan? Is it a country? Is it part of China? Nowadays, the truth is out and people know that Taiwan is an independent country with a culture that is similar, but vastly different from China’s culture.

What’s the biggest difference between Taiwanese culture and Chinese culture?

Well, that’s a question that could be answered through an entire book, but if I had to keep it simple, I would say this… There are many aspects of Chinese culture which are the exact same as Taiwanese culture. Why? Because immigration of Han Chinese from mainland China began around the 13th century and never really stopped until as late as 1949. Today, more than 95% of the population of Taiwan is Han Chinese.

But, since Taiwan and China have taken very different paths ideologically, politically, and economically since the end of the Chinese Civil War, both places are COMPLETELY different today. China is a repressed, censored, closed society led by an authoritarian regime. Taiwan is one of the most democratic, open, free and accepting society on earth.

I’ve been living in Taiwan for more than 20 years. Since 2000 to be more accurate. In these two decades, I’ve seen Taiwanese culture evolve a lot. Back in the early 2000, there were still lots of ancient rituals and practices taking place in the middle of even the biggest cities, such as Taipei, Taichung, and Kaohsiung. Traditional religious life was more visible out in the open. These days, it’s more prevalent in the countryside where traditions and customs remain strong.

It’s worth to note that Taiwanese culture is being influenced by the iPhone addiction / social media dependence which also plagues the rest of the world. Having access to the world information 24/7 in your hand dissolves barriers and makes cultures become more and more homogenous. I find it sad in many ways, because many beautiful, even mysterious aspects of classical Taiwanese culture are being lost at the speed of light in this process of fast digitalization of life itself.

Chinese Horoscope and the Zodiac

Even though industrialization and modern scientific thinking has been shaping life in Taiwan for decades, people on the island still put a lot of importance on the influence of the Zodiac and the 12 Chinese horoscope signs. Read more about Astrology in Taiwan and the 12 Chinese Horoscope Signs. 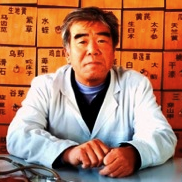 Chinese medicine in Taiwan enjoys vast privilege and standing that can’t really be found anywhere else. Taiwan’s dirt-cheap universal health care system covers both those who want to go to a Western doctor and those who prefer to see the local Chinese medicine doctor. Curious about Chinese medicine? Read more about it here. 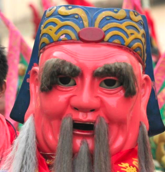 I love festivals in Taiwan! All of them. I love them because they remind me that I am living in a foreign country, far away from my native Canada, among people who have totally different traditions and values. Taiwanese festivals help me remember that this society is one of the most fascinating and intriguing in the world. Find out more about Chinese festivals in Taiwan here.

In Taiwan, food isn’t merely belly fuel – it’s a way to have a good time with friends and family. It’s a celebration of community and life. In Taiwan, food is as important as sleeping, working, and even breathing! This country truly has a “food culture” and a trip around the island, or around Taipei, is like a visit to the world’s best culinary museum. More on Food in Taiwan here.

Mandarin Chinese and Taiwanese ( also called Hokkien) are the two main languages in Taiwan. English is spoken by the younger generation who now studies it in public school. Hakka is also used in some areas. Taiwan’s aboriginal tribes have their own distinct languages which is completely different from Mandarin Chinese. Learn more about Taiwan’s languages.

Did you know that Taiwan is one of the best places in the world to study Mandarin Chinese? 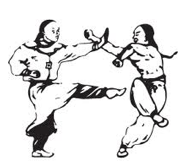 Martial arts have fallen out of style in the past several years in Taiwan. Martial arts were often used as a method of developing character, discipline and creating balance within children. Today, Taiwanese parents have started to react to their country’s successful economic position by managing their children’s free time differently, which is a good thing for you if you’re thinking about becoming an English teacher in Taiwan.

Taiwanese music has been extremely popular in Asia for more than three decades and it is starting to make its way around the world. The music of Taiwan can be cleanly placed into three categories: mainstream Mandopop, Taiwanese pop and indie rock. There’s very little in the name of electronic or jazz. More about Taiwan Music.

Find out who are the top Taiwanese singers.

If New York is the city that never sleeps, Taiwan may very well be the country that never sleeps. Few places on earth are as atmospheric and as exciting as Taiwan at night. The nightlife of Taiwan is actually one of the main reasons why I enjoy living in Taiwan so much. Let me show you what your options are if you wanna have a good time at night in Taiwan.

Religion in Taiwan can be completely strange, even totally crazy at times. Every year, people travel to Taipei and other places around Taiwan to witness religious processions, ancient Chinese festivals, and other fascinating aspects of Taiwanese religion like temples, Chinese opera, dragons, and lanterns. Learn more about Taiwanese religions here. 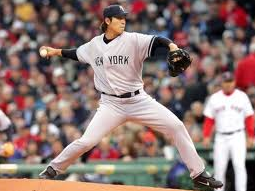 Taiwan is definitely not a sporting country. The most popular sport in Taiwan by far is baseball, and it has the potential to take off as the national sporting obsession of Taiwan. If a runner-up to baseball had to be picked, it would most likely be basketball. Learn more about Taiwanese sports here.

Taiwanese Fashion
Fashion and designs in Taiwan have and should continue to make a name for themselves. People in Taiwan are going to be trying to figure out whether they will go the Japanese route or the French one.

Temples – 30 Pictures
One of the most popular things to do in Taiwan for tourists is to visit Chinese temples. They have a very important place in the daily lives of Taiwanese people and the culture of Taiwan.

Culture in Taipei
Discover remains of ancient Chinese and Taiwanese culture in Taipei! Understand why Taiwan’s capital is one of the most vibrant cities in Asia! Read about language, religion, etiquette, festivals, attractions.