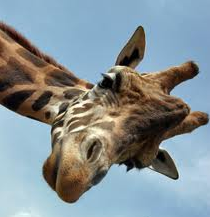 The Taipei Zoo is located in the southeastern part of the city, at the end of the MRT Muzha Line. It is easy to reach from any other part of Taipei City.

Taipei’s Municipal Zoo is not one of the top naturist destinations in the world, but it’s super easy to get to, cheap, and has some pretty cool stuff. It’s an especially worthy stop if you’ve got children traveling with you in Taipei.

Taipei Zoo’s Giant Pandas
Currently, the main draws of the Taipei Zoo are named Tuan Tuan and Yuan Yuan, two giant panda bears given to Taiwan by the Mainland Chinese in 2008.

Pandas are endemic only to China, and that government generally gives pandas to other countries’ zoos only as symbolic diplomatic gestures, so basically there aren’t many places to see the majestic animals. (Controversially, the names of the pandas, when placed next to one another, mean “reunification.)

On weekends the panda house can get pretty packed, so do your best to go to the Taipei Zoo on weekdays if you’re interested in seeing the two giant pandas.

In addition to the giant pandas, the Taipei Zoo has a number of Asia- and Taiwan-specific animals that you have probably never seen in real life before. Kangaroos, Giraffes, African elephants, and the mega-cute Taiwan bear (or Formosan Black Bear) are on display.
The Taipei Zoo is also heavily integrated into Taiwan’s education system so there are often great activities and interactive exhibitions for kids.

Bottom line…
Take the MRT to Taipei Zoo, if you can handle the crowds go for the pandas, don’t miss the national icon and very cute Formosan Black Bear, buy some panda gear and look for kid-friendly educational exhibits.

Information about the Taipei Zoo

How to say it:  tai bei dong wu yuan

When to go: 9am-5pm daily, no entry after 4pm. Some indoor exhibits are closed on Mondays

Have a nice trip to the Taipei Zoo!