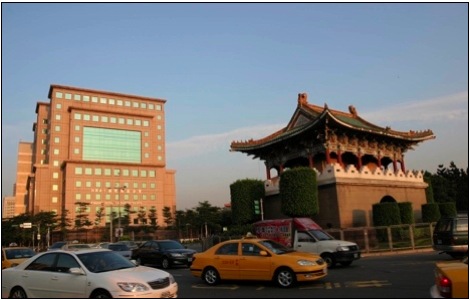 Find the best deals for hotels in Taipei City!

At the end of this page, you’ll also find a section that describes the different districts of Taipei.

Taipei City Museums, Memorials and Historical Buildings
Taipei has some of the best museums in Asia, but not many people know that. This Taipei city guide shows you some truly inspiring attractions in Taiwan’s beautiful capital city.

Cheap Hostels in Taipei (Accommodation)
Most city guide about Taipei focus on the mid-range bracket of accommodations and let you spend most of your budget on overpriced hotels. My Taipei city guide gives you a vast selection of cheap places to stay in Taipei.

Taipei MRT (Transportation)
Getting around big cities can be a major challenge, especially when you don’t speak (or read) the local language. Read this page about the Taipei MRT. The subway system in Taipei is both convenient and cheap!

Temples in Taipei, Taiwan
I’ll take you on a tour of the best religious sites in and around Taipei. Taiwan’s capital city is packed with colorful temples and monasteries that are filled with the smell of incense and the sound of worshipers who recite scriptures.

Visit the Taipei 101 Building
At 509.2 meters (1,670 ft) tall, the Taipei 101 Tower is one of the world’s tallest buildings and is Taiwan’s treasured skyscraper. Taipei 101 is named for its 101 above-ground floors, but it is also sometimes referred to by its original name, the Taipei Financial Center.

Shilin Night Market
Shilin market in Taipei is totally packed on weekends, especially when the weather is nice. It’s the biggest and most popular night market in Taiwan.

Confucius Temple
I’m very excited to include this stunning touristic site in this Taipei city guide. The Confucius Temple in Taipei is definitely worth your time if you want to see some great classical Chinese architecture. I’ve been to this attraction many times and I keep on going back.

SPOT Film House
The SPOT Film House is where many of Taipei’s film buffs go to see a wider range of independent and foreign movies than what the blockbuster movie houses usually play.

Taipei City Guide – Nightlife in Taiwan’s Capital
Taipei has some very cool bars, tons of KTVs, disco clubs, beer houses, and night markets. Make sure you take a look at my listing of places to go out in Taipei before you venture into the night of Taiwan’s capital.

Taipei Shopping Guide
Taipei is a shopper’s dream, with its multitude of department stores, markets and little alleyways that snake around filled with boutiques and shops. The Taiwanese are a fashionable bunch.

Weather in Taipei
Most expatriates agree – the weather in Taipei can be pretty disagreeable. Taipei is on the northern end of the island of Taiwan, and is thus more heavily influenced by regional monsoons.

Beitou Hot Springs
Beitou District is located in the northern part of Taipei City, near Yangmingshan, and it’s one of the most popular hot spring resorts in Taiwan.

Danshui
Danshui is a small city north of Taipei. It is a favorite destination of Taipei folks who are desperate to get out of the city center for a day or a weekend and a nice quiet travel spot for visitors like you.

Massage in Taipei
Visit the Golden Love Sauna in the old part of town to relax those feet (or your back) after a long day of walking around the city. The place is super clean, and the staff is really friendly. Affordable prices. 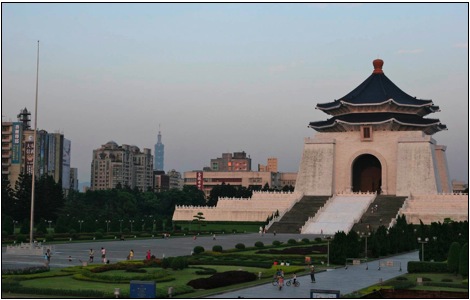 Taipei City is divided into 12 districts, which are fairly important to know as they are used in conversation often to determine the location of people and places. They each have their own stereotypes and flavors.

The swankiest of them all is XinYi District, which is home to Taipei’s upscale clubs, malls and of course the grandiose Taipei 101 skyscraper. This is undoubtedly the most expensive area of the city.

Also pricey is Da-An District, but it is the location of many of the city’s top universities and therefore brings a much more student vibe, particularly in the immediate area around the schools. Another hip shopping area is in ZhongShan District in and around the ZhongShan MRT stop. 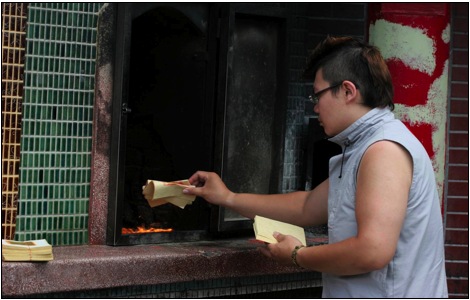 To continue with the modern parts of the city, Neihu also ranks up there, but unless you’re looking for work as an electronics company project manager, you probably don’t have a reason to visit.

Older parts of the city include Datong, which has buildings dating back to Japanese colonial times and the Qing Dynasty. The northernmost districts are Shilin and Beitou, which are also famous for not-so-modern functions. The former contains the night market with the same name, and the largest in Taipei. Beitou is famous for its numerous hot springs and Taiwan’s first eco-friendly library.

Wanhua District to the west is the oldest in Taipei, as it was at the center of Japanese colonial activities. It is also home to Ximending, a popular shopping destination for the younger crowd. World-famous Longshan Temple is also here.

Political activities are largely centered in ZhongZheng District, named after the late Chiang Kai-Shek. Here you can find the memorial to the man himself, as well as the Presidential Office, 228 Memorial Park and several other museums.

I really hope you enjoyed this Taipei city guide and that you are now ready to travel to Taipei.