Discover Taiwan’s beautiful capital city
without blowing all your cash away!

Crucial advice for Taipei backpackers from someone who’s traveled on the cheap in Taiwan’s capital for more than 12 years. Let me show you the cheapest places to sleep, eat, and have a drink.

I still travel to Taipei City by bus or train, as a backpacker, even though I’ve lived in Taiwan for 12 years. Why? There are many reasons, but the main ones are that it’s much easier to meet travellers while using public transportation and staying in backpackers hostels. To me, backpacking offers a kind of freedom that you don’t get when you travel in a car or when you pull a suitcase.

Taipei is a great city for backpackers!

It’s surely different than other popular Asian backpacking mecca like Bangkok, Kuala Lumpur, or Singapore, but I guarantee that it has some truly exciting sights and things to do that are unique to this part of the world. Taiwan offers some of the most authentic attractions to witness ancient Chinese traditions, art, and architecture and Taipei is the ultimate gold mine if you’re looking for that kind of historical / cultural stuff! 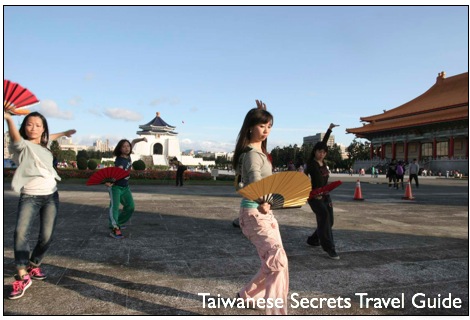 What’s the best area in Taipei to find cheap hostels for backpackers?

The area around Taipei Train Station is the centre of it all for backpackers for many reasons. That’s where most budget accommodations for backpackers can be found. Also, it’s possible to get to some of the city’s most interesting attractions like temples and memorials by only walking a couple of minutes.

This area is often referred to as Old Taipei. The buildings are obviously older, the restaurants in little back alleys offer traditional Chinese food, and the people who live in the area seem to come out of a different era. Taiwanese traditions are still observed more seriously in Old Taipei, and that’s one of the reasons why it’s a good choice if you want to experience a more authentic side of life in Taipei.

Here’s a list of my favorite Taipei backpacker’s hostels.

How can you get around Taipei without busting your budget?

The two best ways to travel around Taiwan’s capital city on the cheap are walking and taking the subway (MRT). Buses are also available, but the system is harder to understand if you’re not fluent in Chinese. The MRT covers the entire city, it’s safe, clean, and cheap. Walking is made easy by clean, wide sidewalks that line most streets and avenues in Taipei. If you’re backpacking on a mid-range budget, you’ll probably be happy to know that taxis are also very cheap to use.

Where can you eat for cheap?

There area cheap places to eat all over Taipei City, even in the most modern districts like Neihu and Xinyi. Night markets are obviously still the best places to sample different snacks for really, really cheap, but be warned that most of the stuff that’s sold at night markets is rarely healthy. 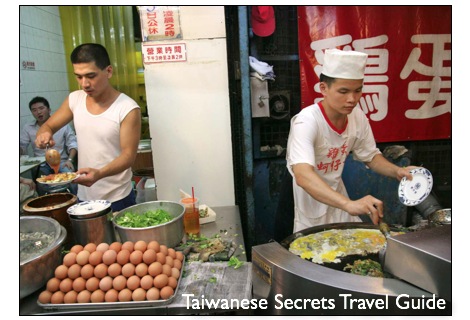 For cheap healthy food, try to eat at small street vendors. They can be found everywhere and usually have only a couple of dishes on their menu. If you can’t read Chinese or if they don’t have an English menu, try to ask them in English what they serve and they’ll most likely be able to answer you. Otherwise, just point at something and cross your fingers…

Backpacking in Taipei is great because there are sights at literally every street corner around the city. If you’re always carrying your bag with you, you’ll be able to give your shoulder a rest quite frequently.

Some of the top attractions for backpackers in Taipei are:

Taipei backpackers usually spend a couple of days in Taiwan’s capital, then head to the mountains to hike, enjoy a hot spring, or drink tea at one of the many beautiful resorts located in Taipei County.

Some favourite destinations around Taipei for backpackers include:

Danshui: right next to the Taiwan Strait, it’s a perfect place to watch the sunset and grab a cheap bite of fresh seafood

Fulong Beach: closest beach to Taipei City, can be reached by train in about an hour

Travel to other parts of Taiwan

Backpackers who wish to travel to other parts of the island without spending too much can use both the normal train or long distance public buses. Two good places start your trip to other destinations around Formosa are Taipei Main Train Station and Taipei City Hall Bus Station.

Best place to shop in Taipei for backpackers

For more information about shopping in Taipei, visit this page.

Where to buy backpacking and camping gear in Taipei?

There are a couple of shops that sell camping gear and backpacking equipment around Taipei Main Station. Some of the biggest stores are located on Zhongxiao East Road. There’s even a Patagonia shop next to the station!

Take a look at Taipei Travel Secrets, a book I have written about travel and culture in Taipei. The ebook can be downloaded instantly from this page. It’s definitely a great resource to have with you all the time as you discover Taiwan’s fascinating capital city!

I wish you a wonderful backpacking experience in Taipei!

Return from Taipei Backpackers to Taiwanese Secrets Homepage
Back to Top