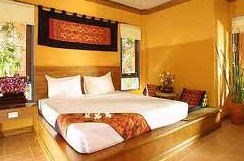 If you’re going to be in Taipei, Taiwan only on a short transit, you’ll probably want to spend the night at a hotel / hostel near one of the two airports in Taiwan’s capital city. You’re at the right place to find a great Taipei Airport Hotel!

My Personal Favorite Hotel Near Taipei Airport
One of the Taipei airport hotels closest to Taoyuan International Airport is the Novotel Taipei Airport Hotel (from NT$2280).

The first thing you should know if you’re looking for a Taipei airport hotel is that there are actually two airports in Taipei, Taiwan.

Book Your Hotel in Taipei Now!
Find cheap hotels in Taipei Taiwan, read hotel reviews, make hotel bookings, check out room rates and discounts on one of the best travel websites on the net.

The other airport in Taipei is located very close to downtown Taipei and it’s called Songshan Airport. That airport use to only have domestic flights around Taiwan, but has lately started to offer new routes to China and Japan and will probably serve other Asian destinations soon.

Here are some Taipei airport hotels I recommend in the vicinity of Songshan Airport in Taipei City, Taiwan.

Don’t make the BIG mistake most travelers do!
Many people who travel to Taipei in Taiwan do so only because they have to due to transit or stop-over. One of the most common question I get on this site is:

“I have a stop-over in Taipei, I’ve already booked my hotel near Taipei airport, do you think think there are some attractions worth visiting around the city?“ 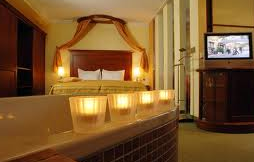 I freak out every time I read this. It really seems like most people don’t know how much beauty Taipei and Taiwan really has. Taipei City has amazing sights like temples, museums, night markets, and world-class shopping.

So, yes, book your room at a Taipei airport hotel, but no, don’t feel like you have to spend all your time locked inside the building. Taipei is an amazing city that’s got so much to offer.

I hope this page about Taipei airport hotels was helpful!

Have a safe trip to Taipei!

Hotels and Resorts in Taiwan