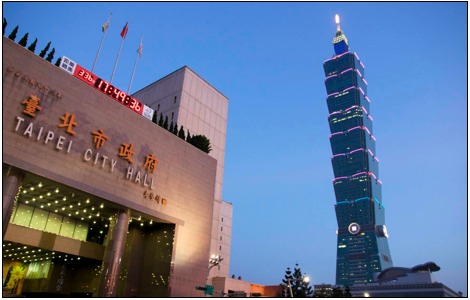 At 509.2 meters (1,670 ft) tall, the Taipei 101 Tower is one of the world’s tallest buildings and is Taiwan’s treasured skyscraper. Taipei 101 is named for its 101 above-ground floors, but it is also sometimes referred to by its original name, the Taipei Financial Center.

Between 2004 and 2010, Taipei 101 was the tallest tower in the world, being surpassed by the Burj Khalifa in Dubai. The Taipei 101 Tower is located in the Xinyi District on the eastern side of the city, where few other buildings stand to obstruct the view of the tower from all sides.

How much time should you spend at the 101 tower?

You should plan at least half a day to visit the Taipei 101 building, so you get enough time to shop in the 101 mall, eat some of the food at the food-court’s restaurants, and climb up to the observatory to enjoy spectacular views over the capital.

Getting to the 101 is easy. Take the MRT (Taipei Metro) all the way to Sun Yat Sen Memorial Station, or City Hall Station in Xinyi District, in the modern eastern part of of the city. From there, it’s a short 10-minute walk to the building.

Like most skyscrapers of its type, the Taipei 101 is built with a unique architectural design and according to a style that is symbolic of several elements of its local culture.

The block-like stacks (of which there are eight – a lucky number according to Taiwanese culture) resemble both an Asian pagoda and the reeds of a bamboo tree, which grows layer upon layer, giving the Taipei 101 building a very distinctly Taiwanese flair.

And anyone that has visited or seen photos of the Petronas Towers in Kuala Lumpur, Malaysia, will notice the resemblance that the 101 in Taipei has to those towers. 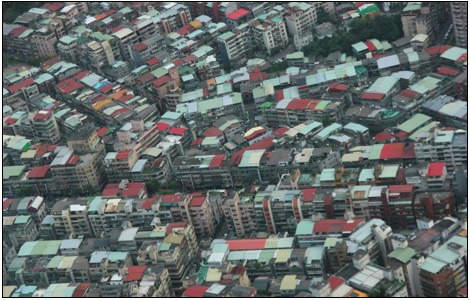 The Taipei 101 tower is home to two observation decks on its 89th and 91th floors. The views from the top are breathtaking and will make you realize just how crowded a city Taipei really is. As you can see on the above picture, the buildings that lie at the base of the building, look like tiny Lego blocks spread on the “floor” of the city.

Visiting the Taipei 101 observatory is quite easy and costs only NT$400 (US$9.50). Ticket booths are located on the 5th floor of the tower and, from here, visitors are whisked up to the observation floors in one of the world’s fastest elevators, going 84 floors in 37 seconds – an average of more than two floors per second! Luckily, the elevators are pressurized, which helps to keep your ears from popping too drastically as you climb!

The lower floors are home to mostly the offices of financial companies, and the bottom few floors of the tower consist of a massive shopping mall.

The 89th floor of the Taipei 101 Tower is home to the indoor observation deck, which is equipped with huge floor to ceiling windows that allow you to view all of Taipei from 360 degrees around.

Taipei 101’s massive wind damper, a device that keeps the building from experiencing the unfortunate effects of wind vibration, is one of the few in the world on display to visitors and can be seen up close on the 89th floor, as well.

Going up to the 91st floor is only allowed on certain days when the weather is excellent, as this floor is home to an outdoor observation deck, where visitors can stand outside and get the true feeling of walking on the clouds!

When it is open, you can get to the 91st floor by way of a flight of stairs from the 89th floor observation deck, and once outside, you are presented with amazing views of Taipei with the wind in your face. It is also possible to see the Taipei 101 Tower’s fantastic spire up close from this outdoor observation deck. 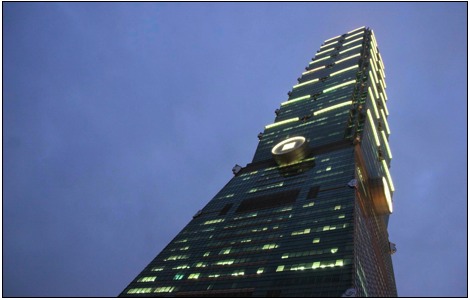 The Taipei 101 mall is a true shoppers’ paradise! There, you’ll find some of the top brand names in the world, a Starbucks, a food-court with really decent food, a supermarket (Jason’s) which sells imported goods, and the best bookstore in Taiwan (Page One) which has a huge selection of English books and magazines.

Return from Taipei 101 Tower to Taipei