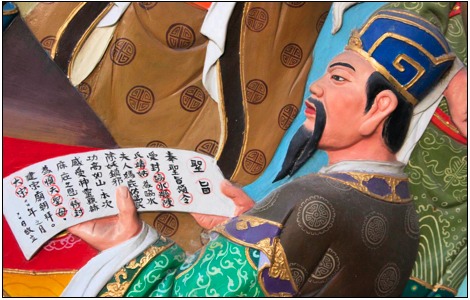 The study of Mandarin Chinese as a foreign language is no doubt picking up speed. As China’s economic growth and innovative businesses saturate the Western news media, the appeal for taking the heady dive into the study of the language is growing quickly.

Studying Mandarin in Taiwan – The Basics

Before discussing the particularities about studying in Taiwan, we can cover some basics about Chinese study that anyone interested in even visiting Formosa should probably be aware of. First, to begin studying Mandarin in Taiwan, one should almost definitely consult a professional Chinese school or instructor.

“Picking up the language” on the street doesn’t quite work as it might with Western languages as they are naturally similar to one another. In Mandarin, there are some strict pronunciation and grammar rules that one must learn in order to communicate. After a few months of study, though, it can be possible to improve through self-study or by listening in on conversations around you. 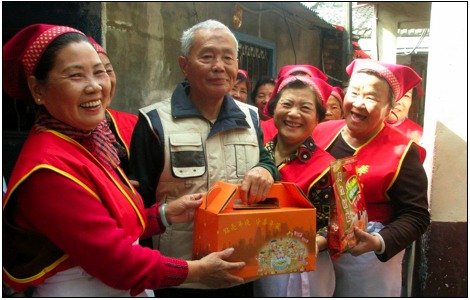 Studying Mandarin in Taiwan – The Characters

Next, it is important to know that there is one primary difference between Chinese in Taiwan and that of the mainland – the way to read and write the Chinese language, the characters. In Taiwan traditional characters are used, whereas in mainland China, the so-called “simplified characters” have replaced the original versions.

The Chinese Communist Party simplified the characters in an effort to make learning the difficult language more accessible to the masses. Many Chinese language students say that learning traditional characters is useless unless you have a particular interest in Taiwan or ancient texts, while others say that it is highly useful to help you learn the history and connection of the language.

Indeed, traditional characters tell you a lot more about the logic and relationship of the different symbols, but they contain a far greater number of strokes and are considerably more difficult to remember. 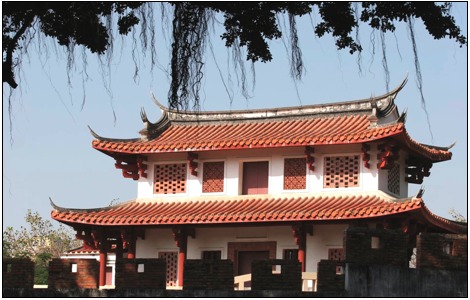 Why is Taiwan the best place in the world
for studying Mandarin?

That said, if your interest is to come to Taiwan to study language, it’s one of the best places in the world to do so. For one thing, it’s a highly encouraging environment. If you are able to say any phrase, even Ni hao! (hello), Taiwanese will most likely give you beaming compliments about your incredibly fluent Chinese abilities. While this does get annoying at times, it’s definitely preferable to a place where you get scolded or ignored or shouted at if you don’t have a perfect accent. 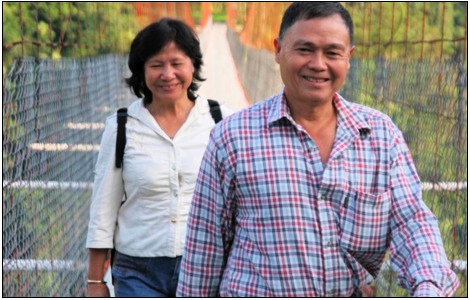 Taiwan offers a number of Mandarin language programs that come highly recommended, usually through the various universities on the island. One important thing to note is that if your purpose for moving to or visiting Taiwan is specifically for the study of Chinese, it may be a bit better to stay near the northern part of the country, especially Taipei. 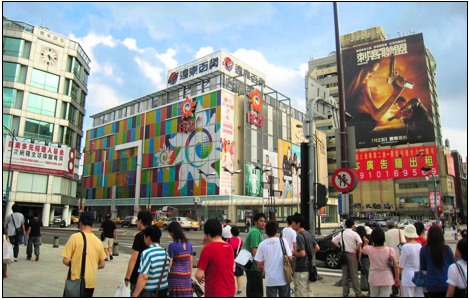 The entire country is exceptionally beautiful and the people are generally warmer and kinder as you move south, but the number of Chinese speakers decreases, giving way to Taiwanese language and other local dialects. These southern locales will offer cheaper and equally effective Mandarin courses with wonderful instructors, but it can be relatively frustrating to step out the door of class and hear a language other than what you’ve been studying in class.

Also of note is that nearly every Chinese school in Taiwan teaches the standard pronunciation that doesn’t really exist anymore anywhere outside of Beijing. However, don’t be afraid to speak like a Beijinger in Taiwan. Taiwanese people may not necessarily be huge fans of the flocks of Beijingers that have started to travel here, but if a foreigner can pull off the standard accent they will be pretty impressed, and flood you with even more praise than the amount they already have already given you.

Studying Mandarin in Taiwan – In Conclusion

Studying Mandarin in Taiwan is highly rewarding, highly frustrating for the same reason: it is absolutely different from anything you’ve ever experienced. I highly encourage you to study Mandarin Chinese in Taiwan. It will open doors in your life and help you discover one of the most fascinating cultures in the world.

What’s Difficult About Learning Chinese Language?
I know I just said learning Chinese was easy… But there are still some parts that are challenging and frustrating. Read on to see what’s tough about learning this this beautiful language.

Don’t Study Chinese!
Thinking about enrolling into a Chinese course? Think twice! See what one of our contributors think about studying Chinese. Megan thinks it’s not for everyone!

Read Mandarin Language the Easy Way! Learn Pinyin!
Pinyin, as it is also known in English, is the ultimate tool when you begin to study Mandarin language. Essentially, Pinyin is a system of writing down Chinese using Roman (English-type) letters.

Mandarin Language Classes – What Should You Expect?
Enrolling in a Mandarin language class for the first time can be a daunting task. Questions swirl through your mind, such as, “Will I be good at learning Chinese?” and “What if I make a fool of myself in front of my classmates?”

Choosing the Right Mandarin Language Program
Ask yourself some questions and find the Mandarin language program that’s right for you! Why do you want to study Chinese? How much time can you dedicate to your Mandarin language course?

Return from Studying Mandarin in Taiwan
to Main Page About Mandarin Chinese.