Info About the Taipei Paradise Hotel 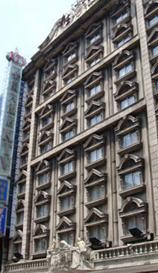 More About the Hotel Paradise in Taipei

Not quite true to its name, Taipei’s Paradise Hotel is a 3-star accommodation tucked back into the area of Ximen near Fuhe River. The Paradise has few bells and whistles. All of the hotel basics are there: A/C, television, elevators, electrical outlets, etc., but other than that you won’t be getting much.

The rooms are pretty small but generally kept neat. Be warned that some reviews suggest the Paradise Hotel in Taipei is a bit hard to find – make sure you take note of the address and look at a few photos of the place before heading out.

Location is probably the best argument for staying at the Paradise Hotel Taipei. Shoppers will have a blast at the Ximen Pedestrian Shopping District, where you can browse the best of Asian goods in a comfy, pedestrian-only area. Also, the Taipei Paradise Hotel is walking distance from Fuhe Riverside Park, a great place for renting bikes and riding across the river to see the city from the outside. The Hotel Paradise is also close to Taipei Main Station and other tourist attractions.

Basically, if you’re looking to have a leisurely trip to Taipei, want to save your money for shopping, and don’t mind some broken English here and there, the Paradise Hotel will deliver. The price is just about right for those looking to have privacy and clean beds but aren’t willing or able to cough up the dough for the more luxurious options.

Check room availability and make a reservation at the Paradise Hotel in Taipei, Taiwan.

Visit HotelsCombined.com now to check current room rates and book your stay at the Taipei Paradise Hotel. Hotels Combined has a very reliable hotel booking system and I’ve used their website for years. From there, you’ll also be able to find tons of other quality hotels in Taipei and Taiwan.

Paradise Hotel Taipei on a Map

Return From Paradise Hotel Taipei
to All Taipei Hotels