Where is Mandarin Chinese from?

Linguists can trace Chinese back 4,000 years! Examples of an ancient form of Chinese writing, Jia-gu Wen, have been found etched on shells and bones dating to around 1500 B.C. These ancient inscriptions, which are known as “oracle bones“, were used for record keeping during the Shang Dynasty. 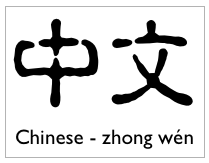 Starting in the 1100s B.C., during the Zhou Dynasty, Chinese language became more standardized, as several texts were written in the language, including the famous philosophical work, the I Ching. This marks the first of three periods in the history of the language: Old Chinese, or Archaic Chinese.

At the beginning of the Sui Dynasty, in 601 A.D., the Qieyun Rime Dictionary was written, marking the beginning of a new period in the language’s history: Middle Chinese. During this period, which lasted through the Song Dynasty in the 1000s A.D., the Chinese language became much more sophisticated and its forms of documentation went from rudimentary carvings on bones and bronze pieces to tables, scrolls and books.

China was a huge country, though, and as time went on, Chinese language began to splinter into smaller dialects that reflected the local accents and vocabulary. While many of these dialects were mutually intelligible, meaning that they could be understood between speakers, some skewed so far from the ancient language as to almost become separate languages, and this distinction of dialects remains today. 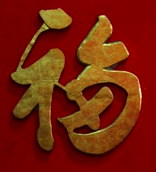 Starting from the 19th century, the Chinese language could now be broken down into two distinct languages: Mandarin and Cantonese, as well as numerous dialects. These two main strains of the language shared a writing system, but little other similarities and have today become the main languages of China, Taiwan and Hong Kong, as well as several other places around the world with heavy Chinese populations.

Read more about the Chinese language:

What’s Difficult About Learning Chinese Language?
I know I just said learning Chinese was easy… But there are still some parts that are challenging and frustrating. Read on to see what’s tough about learning this this beautiful language.

Facts About mandarin Chinese
Where is Mandarin Chinese spoken? How many people speak this beautiful language in the world? Is Chinese hard to study?

Enroll in a Chinese program at TLI in Taichung, Taiwan
This is where I learned most of the Chinese I know! The Taipei Language Institute has both group and individual classes and it’s very affordable. It’s really the best place to learn Mandarin in Taiwan!

Return from Origin of Chinese Language to
Study Mandarin Chinese in Taiwan!