Miaoli (also both a county and a city) lies in northwestern Taiwan, a bit north and to the west of Taichung City. It is known as one of the main centers for Taiwan’s Hakka population, the second-most prominent of Taiwan’s ethnicities and render in Chinese as the semi-condescending “guest people”. While Hakka people make up about a fifth of the population of Formosa, they are the predominant ethnicity in Miaoli.

As you might expect, heading to Miaoli gives you a chance to sample a bit of traditional Hakka culture. The Sanyi Wood Carving Museum highlights aspects of this culture, and the Mask Festival brings in exotic face-covers from all over the world.

Miaoli also provides verdant ground for the hiker or biker, with “historical” trails that wind through the area. This might prove especially useful as navigating through the county is distinctly lacking in public transportation. Advantageously, Miaoli is quite close to Taipei or Taichung, so it serves as a perfect day or weekend trip for those averse to spending too much time or money on their leisure.

Miaoli Attractions / Things to do in Miaoli

Sanyi Wood Carving Museum
This museum is in Sanyi Township, part of Miaoli County. Taiwan features a plethora of museums dedicated to a specific craft or feature of its people’s traditional culture, and the Wood Carving Museum is no exception. The mountainous area of Sanyi and its camphor trees lent it to wood carving, initially practiced by Fujianese and Cantonese migrants. The museum uses the carvings of these people to illustrate the history of wood carving, as well as its use in architecture and furniture making. Miaoli also has a Wood Carving Arts Festival in the summer.

Sheipa National Park
A large national park in the eastern swath of Miaoli County, Sheipa is just under 77,000 hectares of luxuriant rivers, ponds, forests and commanding mountains. It’s name, “Shei-Pa”, comes from the areas two most striking peaks – Xueshan and Da Ba-jian Mountain (use of multiple Romanization systems makes this unnecessarily confusing, “Shei-Pa” could also be written as “Xue-Ba”). Xueshan is “snow mountain”, famous for its white caps and as one of the only places in Taiwan where you can see natural snowfall. The area is protected and virtually undeveloped, showcasing a variety of flora and fauna. 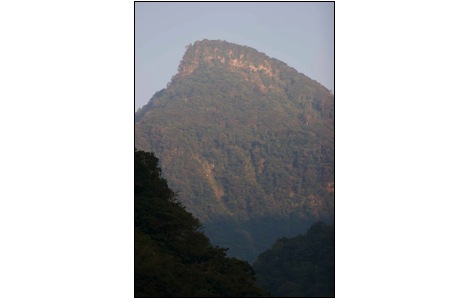 Tai-An Hot Springs
Unlike some other parts of Taiwan, the hot springs in Tai-An are odorless and colorless, and were the favorites of the hot spring aficionado Japanese colonizers. Tai-An Township is in the eastern part of Miaoli County, and contains just a tiny village historically associated with Taiwan’s Atayal people. In spite of its Japanese fame, Tai-An is not usually thought of by local tourists as one of the most sought-after hot spring spots, so you might be fortunate enough to avoid the crowds. The town also specializes in tofu preparation. 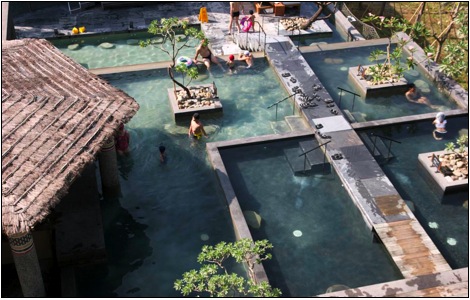 Getting Around Miaoli / Transportation

Traveling around Miaoli County might not be very straightforward. Places like Tai-An are lacking both bus routes and train stations, so you’ll have to find a way to get there on your own. As the highways are small, you would probably manage best on a rented scooter. You might be able to convince taxi drivers in nearby cities such as Taichung to take you around, but it will be far more expensive and a bit of a headhunt. 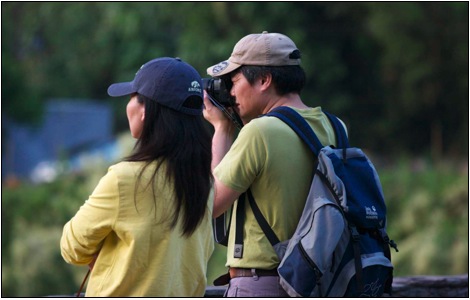 Miaoli’s reputation as a Hakka-majority county lends itself to a bit of culinary tourism for a sampling of the traditional fare. Hakka food is understood to be salty and oily, with lots of aromas. Pickling is also commonly done. As many places in the county are agriculture-specific economies, local shops will usually dish out locally-grown goods, such as the plums of Tai-An. Basically, it will be best to use your nose, but as always, beware of stinky tofu.

Sleeping in Miaoli County won’t be anything close to luxurious. Check near the Miaoli City train station for some basic motel-type stops; they shouldn’t be too pricey. If you insist on something of the more high-end variety, Tai-An features a couple of pricey hot spring resorts. Among those are the Onsen Papawaqa and the Tai-An Sunrise Hot Spring Hotel.

Fuxuan Home Hotel Sanyi — from US$44

Other than that, you’re on your own – you could always ask a local for an extra bed or bring your own tent and camp in the mountains of Miaoli County.

Miaoli and Sanyi both have TRA train stations. Make sure you plan in advance as trains to these locations might be infrequent depending on the day. The smaller stops, such as Tai-An, have no access to public transportation so you’ll need to rent a scooter or car if you have any hope of getting there.

How to Travel to Miaoli from Taipei City
You can also travel to Miaoli City from Taipei by bus, or normal train (TRA). The same applies to all the other big Taiwanese cities around the island (Hsinchu, Taoyuan, Kaohsiung, Pingtung, Tainan, Chiayi, Hualien, Taitung).

Miaoli City has an HSR (High Speed Rail) station. Price for a ticket from Taipei is 430NT$ for a standard reserved seat. Fare for business class is 850NT$. Taipei to Miaoli HSR travel time is around 45 minutes. 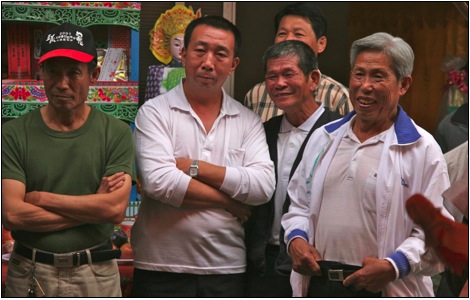 I hope you found this Miaoli Travel Guide helpful!