Understand how Taiwan went from a poor undeveloped Asian country, to one of the leading economies in the world. 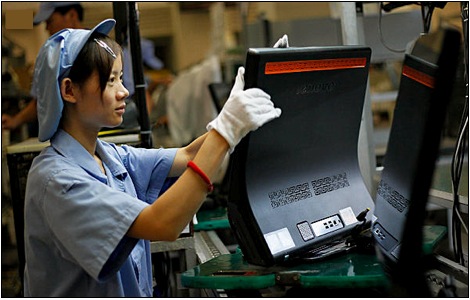 In the first Toy Story movie, Buzz Lightyear sees the words “Made in Taiwan” written on his wristband and makes the horrible realization that he is nothing more than a toy.

Made in Taiwan and the 4 Asian Tigers

Arguably, the rise of “Made in Taiwan” started in the 1960s, with Taiwan and its fellow Asian Tigers at center stage. The Four Asian Tigers – Taiwan, South Korea, Singapore and Hong Kong – woke up to become the first group of undeveloped countries to more or less find their own path to prosperity.

It’s All About Exports

This growth is inextricable from the phrase “Made in Taiwan”; it was exports that did and still do more or less fuel Taiwan’s growth. South Korea more or less did the same, following the Japanese model. Singapore and Hong Kong, tiny islands, found their niches as cheap ports and financial centers, but Taiwan and its Korean neighbor needed a different strategy. 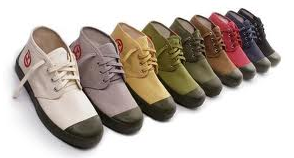 Indeed, to see what early development looked like in Taiwan you might take a quick look at China today. Previous to this massive growth, Taiwan was following a policy of import substitution, where a country tries to develop locally the products that it imports, in order to save cash on buying from abroad. Somewhere along the lines, clever trade economists caught the ear of the heavy-handed Taiwanese bureaucrats, and they shifted from import substitution to all-out export-driven mania.

Made (cheaply) in Taiwan

Taiwan assessed the global markets and found ways to create things that westerners wanted, but on the cheap. At first, the main industries were the thing that Taiwan more or less already had the capacity to make – textiles and clothing, mostly. Using decently large amounts of aid from the United States, Taiwan aggressively built up its infrastructure for easy access to international markets, invested in the necessary capital and started slapping “Made in Taiwan” on all kinds of things that would eventually end up in the hands of western consumers.

From Basic to More Specialized

As the economy grew, so did the range of products that bore the “Made in Taiwan, ROC” label. After the simple industries of textiles reached their growth potential, plastics manufacturing came about and, as the population became more educated and specialized, technology became the dominant industry of export from Taiwan.

During the heyday of this period, Taiwan’s products became ubiquitous in foreign countries and there seemed to be no end to the range of imports originating in the faraway island that was one-tenth the size of Germany.

“Cheap labor was at the core of
the Made in Taiwan phenomenon.”

The success of this model, so say the economists, is that Taiwan was able to use its one and only resource – tons of inefficiently used labor – to its advantage by producing the same stuff that western countries made and wanted, but for far cheaper.

Just as Americans say about China today, the fear in those days was that countries like Japan and Taiwan would undercut millions of American jobs because investors were ditching their homeland for cheap foreign labor.

Well, that hasn’t happened, and Taiwan has flown under the radar as a successful growth story but without too much fear that it would totally displace America or the western world. “Made in Taiwan” never really had the boycotts that Americans dealt to “Made in Japan,” nor the disdain that the often bad quality “Made in China” products get today.

From Made in Taiwan to Taiwanese Secrets Homepage