On this page, you will find information about Keelung’s attractions, hotels, restaurants, and transportation. This city is located in the northeastern part of Taiwan. It has a population of around 387,000 people.

Keelung is Taiwan’s main amphibious shipping port, lying just north of Taipei. It offers a lot of the type of things you might expect from a shipping town – fish markets, islands, seaside sights. 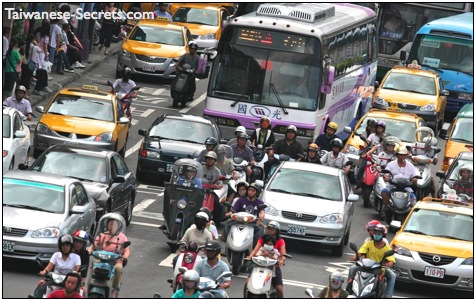 Keelung Attractions – Things to do in Jilong

The Miaokou Night Market is a top spot for tourists, assuming you’re not sick of night markets yet. The Waimu Shan Seashoreand park offer a long strip of some really scenic views of the sea, and at the end of the path you’ll encounter a small but pleasant sandy beach. Keelung also has one of Taiwan’s largest Mazu Temples, a tribute to the goddess once thought to rule the sea. 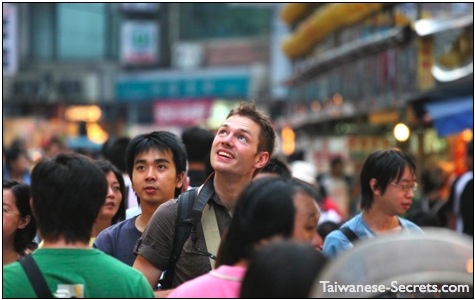 As a coastal shipping center, Keelung has also served as the center of a number of forts that one power or another has used to hold onto the important city. If military history is your thing, you can check out Gongzih Liao Fort, Ershawan Fort, Dawulun Fort, Baimiwong Fort and Shihciouling Fort, all built during the Chinese Qing Dynasty to safeguard Keelung and Taiwan from foreign powers.

Fish lovers will be interested in making a stop at Kanziding Fish Market, one of the oldest and largest of its kind in the north of Taiwan. Getting a scenic view of Keelung and the Pacific Ocean can be done at Heping Island, which is just off the coast of Taiwan and has a connecting bridge. The park at Heping Island has some cool geological features, like weirdly-shaped eroded rocks. Fishing and diving can also be done from the island.

Finally, it should be noted that, while not part of Keelung, Jiufen is quite close and is one of the main tourist attractions in Taiwan. It is a historical mining town that has been preserved as a market center, but it is still great place to get the feel of Taiwan as it might have been hundreds of years ago.

You won’t have trouble finding good Keelung restaurants. The entire area around the port (between the train station and Miaokou Market) is packed with small Chinese eateries and traditional Taiwanese food stalls.

If you need to get your caffeine fix, there’s a Starbucks right across from the train station.

Miaokou Market is one of the most popular markets in Taiwan with good reasons. The place has really fresh seafood and most of it is affordable even by Taiwanese standard.

But Keelung market doesn’t only serves seafood. You’ll also be able to find most of the other popular Taiwanese snacks that you’ve seen in guidebooks like Chinese oyster omelet and Taiwan’s famed stinky tofu. Most of the food is really cheap at this popular Keelung market – a bowl of fried noodles will only cost you around 40NT$! 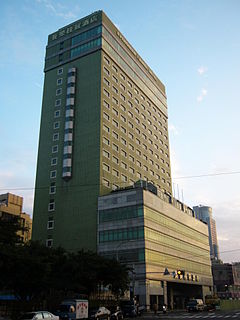 Keelung cheap hostels and guesthouses are almost non existent and for that reason, most visitors travel back to Taipei City to find more affordable accommodation.

Nevertheless, there are a few good places to stay in Keelung and the following one is probably the best:

Keelung Evergreen Laurel Hotel
By far the number one reason why travelers stay at the Evergreen Hotel in Keelung is its perfect location – right next to the port, facing the Pacific Ocean. The rooms are clean, comfortable, and offer superb views over both mountains and sea.

This Keelung hotel, is only minutes away (by foot) from most attractions in the city. To make a reservation, check room fares, discounts, or availability, please visit Keelung Evergreen Laurel Hotel on HotelsCombined.com.

Keelung transportation and other travel information

HSR to Keelung
If you are traveling to Keelung from Kaohsiung, Tainan, Hsinchu, Taoyuan, or Taichung, the fastest way to do so is to first take the HSR (High Speed Rail) to Taipei, then switch to a TRA train.

Travel to Keelung from Taipei by Train
The most straightforward method of getting to Keelung from Taipei will be the commuter trains, usually starting at Taipei Main Station. The ride between Taipei and Keelung by normal train (TRA) takes about 40 minutes. Make sure your train says it’s going to stop in Keelung and not somewhere else.

Taipei to Keelung by Bus and Taxi
There are lots of buses that go to Keelung from Taipei, but it’s a bit tricky to manage. The 2 most convenient places for travelers to take a bus from Taipei to Keelung are outside Taipei Main Station or at the new Taipei City Hall Bus Station (platform 6).

Taxis can also be taken but they will cost around NT$1,000 for the trip, each way.

Travel Around Keelung
Keelung is not a very big city and it’s possible to visit most of the sites by foot. Taking taxis is also quite cheap and a ride across the entire city shouldn’t cost you more than NT$200. Don’t try to walk across the vast roundabout in front of Keelung train station unless you have suicidal tendencies.

I know, I know… touristy places are not very attractive most of the time, but this part of Taiwan is different – there are many, many cool spots where you can rock-climb, hike, cycle, scuba dive, visit historic sites, and eat some of the best seafood you’ve ever had in your life!

Longdong (Dragon Cave) is located 30 minutes south of Keelung by car or bus. It is Taiwan’s top destination for technical rock climbing. Back in 2000, Longdong was actually the main reason why I traveled to Taiwan. This small fishing port (located in a small, tranquil bay) is also one of the prime scuba diving destinations in northern Taiwan.

Most of the routes at Longdong are single pitch climbs, both trad and sports, on very high quality, compact sandstone. The Long Dong climbing area, near Keelung also has amazing bouldering. One of the coolest things about this spectacular seaside crag is that it’s possible to have the entire area all for yourself, even on weekends.

Despite being one of the top places in the world for rock-climbing, it is still (somehow) not as popular as other crags in Asia like Raleigh Beach in Thailand or Halong Bay in Vietnam.

Every year, Toucheng holds one of the craziest Chinese festivals in Taiwan, right at the end of the Ghost Month (Ghost Festival) just before the gates of hell are closed. It’s a great event where you can drink cheap beer, watch sacrifices (of pigs and chickens), see elders burn mountains of ghost money and take pictures of crazy people who climb really tall bamboo poles to get gifts from some Chinese gods. Sorry, I can’t give you specific details, I was slightly intoxicated when someone told me the story of that special day.

Many Taiwanese people like to say that Jiufen, which is 20 minutes south of Keelung City, is Taiwan’s most romantic travel destination. Jiufen is popular for its amazing ocean views, its old street, gold mine, traditional snacks – of course – and some ancient Japanese houses.