Find out what are the main Taiwanese Airports around Formosa! 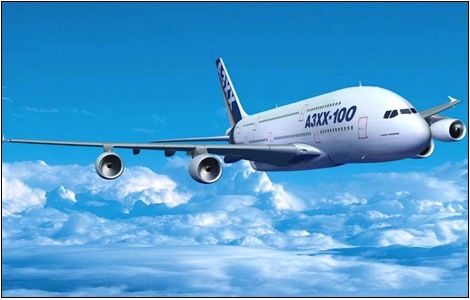 Information About International Airports in Taiwan

The modestly-sized island that is Taiwan contains altogether no more than about ten or so airports. Within that range, technically-speaking, only four can legitimately be considered “international”.

The biggest and most wide-ranging is Taiwan Taoyuan International Airport, about 50km southwest of Taipei and the main hub for international travel to and from Taiwan.

Next in line is Kaohsiung International Airport, mirroring Taoyuan near the southwestern edge of the island.

Finally, there is Songshan Airport in Taipei City, which is accessible via MRT but only offers regional flights to destinations in Asia. 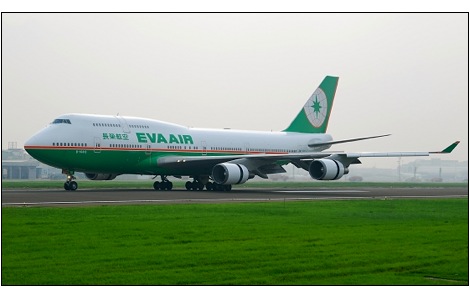 Although TPE is the biggest hub in Taiwan, it mostly serves Asian destinations and the American West Coast. The biggest carrier out of TPE is EVA Air, a Taiwanese company that offers a wide variety of flights to and from European destinations, as well as many cities in the US and Canada.

Still, if you are traveling from Europe or the US, it’s very possible that you’ll be making a stop in Tokyo, Seoul or Hong Kong on the way.

The airport is quite small by international standards, which makes it a comfy place to find yourself after a long flight. Don’t, however, expect any of the flashy three-story tall fountains or indoor palm trees that you get in other Asian airports.

Generally speaking, there are only a host of reasons that a traveler might end up traveling into or out of Kaohsiung’s Airport in Southern Taiwan.

Because traveling between Kaohsiung and Taipei takes a bit of time, some backpackers decide to land in one and leave from the other, saving time and money from Taiwan’s south to its north. The next obvious reason is if one has any special business in Kaohsiung, which has a relatively vibrant export economy (though it still pales in comparison to Taipei).

Flights originating at KHH are more or less totally limited to locations in Asia, with a dozen or so different locations in mainland China, as well as Malaysia, Japan, South Korea, Singapore, Vietnam and Cambodia. Fifteen percent of international travel in Taiwan goes through Kaohsiung’s airport.

This is one of the worst airports in Taiwan. Why? There are lots of reasons…

First, it is soooooo far from Taichung City. It’s located in the countryside by the Taiwan Strait in Shalu District, far from everything else. Unless you’re catching an early flight (before 6 am), you better allow one hour and a half to get to Taichung Airport from downtown Taichung City. If you are a Taichung resident and you have your own scooter, ride on Daya Road all the way to the airport.

In the Songshan District of Taipei, this airport was originally a Japanese military airbase. The noise pollution it emits is a favorite political point-maker for Democratic People’s Party (DPP) politicians, who frequently propose to close it down during election time. 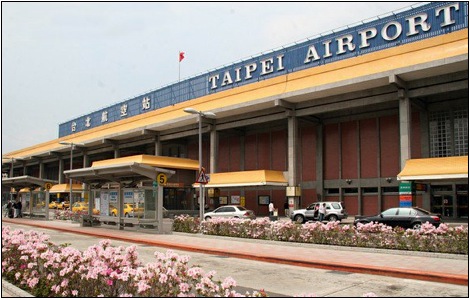 In the past, Songshan Airport serviced only domestic destinations. Recently though, it has started offering a few international flights to select destinations in Asia. At present, the only destinations available are Shanghai and Tokyo, but further expansion is planned for the near future.

If you’re staying in Taipei, flying from Songshan Airport is quite a bit more convenient as it is accessible from the MRT, and is a much smaller airport than TPE.