Get travel information about hotels, restaurants, attractions, and nightlife.

Sad to say, but Hsinchu City doesn’t have a very good reputation among expats in Taiwan. Over the years, I’ve heard lots of negative comments like: “it’s just another boring industrial city“, and “the weather is always bad“, or even “there’s nothing good to see, do, eat, or drink in Hsinchu“. And I don’t really agree with these views…

Save on hotels in the area!

I’ve visited the area a couple of times, and I find Hsinchu to be a very pleasant travel destination with some truly fascinating attractions, great restaurants, and a descent nightlife scene – by Taiwanese standard.

Still, don’t get me wrong… Hsinchu shouldn’t be a priority on your travel itinerary – if time is an issue – and you shouldn’t plan to spend more than one day there either, unless you’re going to teach English or study Mandarin Chinese. There are places around Taiwan which have much more to offer in terms of beauty, culture, and entertainment.

Hsinchu is also spelled Xinzhu in some books and on maps.

Hsinchu is located in the northern part of Taiwan, along the west coast, right by the Taiwan Strait – the body of water that separates the island from mainland China. It is south of Taipei and it takes about an hour to travel between these two cities by car, bus, or train.

Best Things to do in Hsinchu 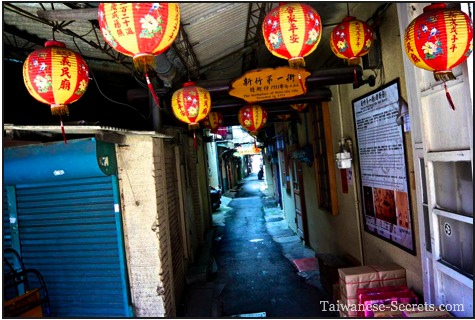 When should you visit the “Windy City”?

Like most Taiwanese cities, Hsinchu can be visited year-round.Summers can be extremely hot, but there’s usually a nice breeze to cool you down. Typhoons commonly hit Taiwan between July and October. Winters are chilly, so pack up a warm jacket if you plan to travel there around Christmas or Chinese New Year.

Taiwan has a tropical climate, so the weather can change drastically in a matter of minutes! Always bring an umbrella or a waterproof jacket with you when leaving your hotel.

So… What are the best places to visit in Hsinchu City? How should you travel around the city? This itinerary should be a good start:

The following tour starts at the old train station and takes you to some of the best attractions around the city. Half a day should be enough to see most attractions (on foot) in the old part of town.

The East Gate (a remnant of the old city wall) is only a short walk north from the train station on Zhongzheng Rd. It is in the middle of a busy roundabout and it’s an interesting subject for night photography. From there, you can walk either north or south along the old city moat (a canal lined up with trees), where you’ll find tons of shops, restaurants, and cafes.

From the East Gate, head west on Dongmen Rd until you see a colorful Chinese temple facade on your right. Dongning Temple isn’t the most attractive place of worship in Taiwan, but it still has plenty to keep your senses busy and it surely is worth a quick stop.

As you enter the temple (from the right entrance) make sure to take a look at the striking, tall Chinese door gods’ paintings behind the temple’s entrance. Take your time to survey the premises (walking counterclockwise) and observe the way Taiwanese people pay their respect to their ancestors: the burning of incense, the lighting of candles, the offerings of food on the altars, the burning of ghost money, and all the other puzzling rituals…

Chenghuang Temple is only ten minutes further down the road (west) from Dongning Temple. You can’t miss it – it’s on your left, at a bustling intersection where dozens of food stalls are set alongside the road.

Chenghuang Temple is Hsinchu’s busiest place of worship as well as a favorite place to eat for the locals. The temple’s front hall has been turned into a lively food court where scores of eateries cram every available inch of space. Traditional Taiwanese opera is often performed on the courtyard. You should also take the time to look for the depictions of hell on the walls inside the temple. The whole place is very photogenic.

Changhe Temple is located in the northern part of old Hsinchu. To get there, walk north along Beimen Street, just accross from Chenghuan Temple. This Chinese shrine is dedicated to Mazu, Goddess of the Sea, and it’s got some very interesting statues and images of gods.

They are closed to public and both of them are a sad sight – it seems that no one cares about the historical value they carry and both establishments are left unmaintained. There was even a huge pile of rubbish and an abandoned car in front of one of the mansions last time I visited…

Hsinchu has heaps of good restaurants, teahouses, cafes, BBQ places, noodle shops and food stalls. If you follow the itinerary described above you’ll find lots of places to eat on Dongmen and Beimen streets.

For cheap, traditional Taiwanese food or for a small snack, head for Chenghuang Temple. As I mentioned earlier, this area is packed with food stalls which sell stuff for all kinds of palates. 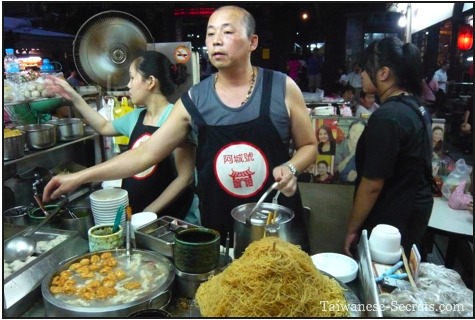 I have a restaurant in Hsinchu, it’s called Pizza Rock, and it really rocks! We serve thin-crust Italian pizza, panini, baked pasta, salads, imported drinks and desserts. Here is a picture of me with my super-team at Pizza Rock Hsinchu: 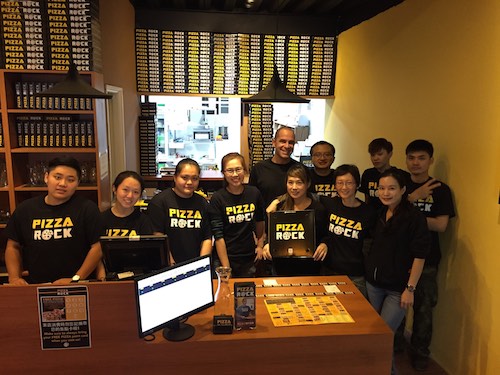 Want to know more about my pizzeria in Hsinchu? This page will give you answers!

Sogo (a modern 14-story mall) is right in front of the train station. It’s an excellent place to take a break from the heat on scorching summer afternoons. The food court on the 13th floor has some decent restaurants and it’s also one of the best places to get views of the city from above.

The entire area around the train station is like a mega shopping mall. Most businesses and shops here sell stuff like shoes, clothes, Chinese gifts, tea, electronics, jewelry, and of course… food!

Eslite Bookstore is another nice place to take a break from the heat, and it has the biggest selection of English books and magazines. You’ll find Eslite Bookstore on the canal, south of East Gate, at the corner of Datong and Xinyi Rd. 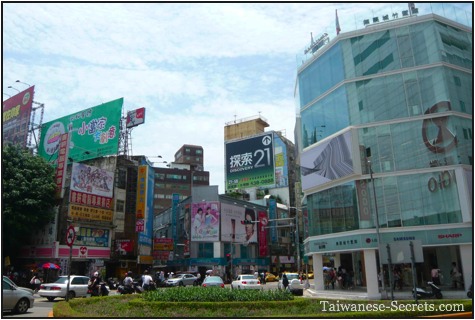 The East City Hotel is one of the cheapest places to sleep in Hsinchu. The rooms are small and basic, but the location is hard to beat – it’s only a 2 minute walk from East Gate. You shouldn’t pay more than 800NT for a double room. To get there from East Gate, head north (right) along the old moat (the canal) and you’ll see a sign on your left after about a hundred meter. The hotel is behind Garden 3 Restaurant.

If you’re looking for a place to have a drink with the locals, check out the little bars around the old moat, north of East Gate, Between Minzu Rd and Renyi St. From the East Gate, take a right (north), walk along the canal, and look for small Budweiser / Heineken signs on the right side of the canal. My two favorite places are Coach Pub and Pumpkin Bar on Minzu Rd, Lane 33.

Warning: Stay away from the British theme pub Pig and Whistle. Why? Over the years, I’ve heard stories about foreigners being beaten up in that bar for absolutely no reason. Do a Google search about the place and you’ll find a couple of scary stories about this bar.

Where can you dance in Hsinchu?

If you feel like hitting the dance floor, get out of Hsinchu! Jump on the High Speed Train and head for Taipei where you’ll have a much better selection of discos, clubs and lounges. 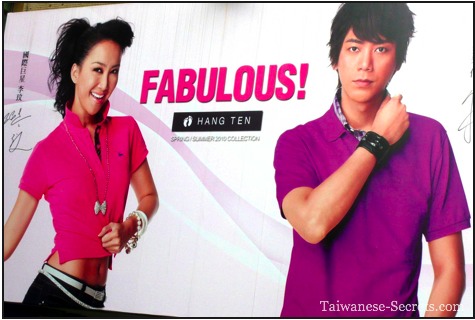 The most convenient way to travel to Hsinchu from Taipei, Taichung, or from other cities in the northern part of Taiwan, is by normal train(TRA). You should only consider taking the High Speed Train (HSR) if you’re traveling from Tainan or Kaohsiung, since the HSR station is 30 minutes away (by taxi) from the city center. It is also possible to reach the city by bus.

The old train station is conveniently located in the old part of town where most of the attractions, restaurants and hotels are. The major bus stations – for both local and long distance travel – are all situated in this area, too. 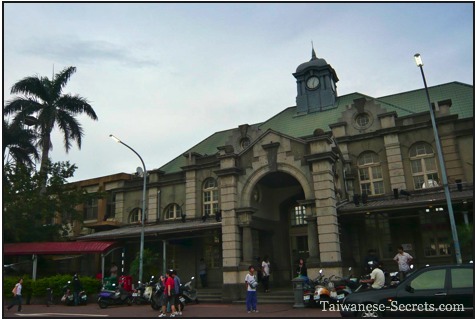 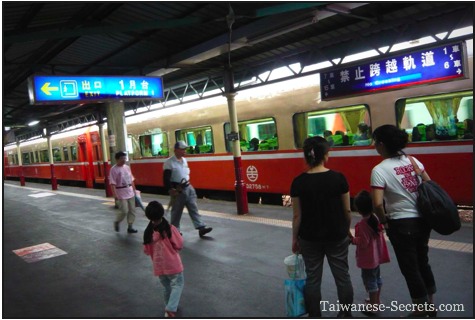 From Taipei, Taichung or Kaohsiung, take highway number 1 or 3. Make sure you’ve got enough change to buy tickets at the toll booths along the way. You have to pay NT40 at each stop. The speed limit is 100km/h on highway no.1 and 110km/h on no.3. Watch out for speed cameras!

If you’re planning to only visit the old part of the city around the train station, don’t worry about public transportation – downtown Hsinchu is quite compact and it is easy to reach most places of interests on foot.

On this map of Hsinchu, you’ll find attractions, museums, hotels, bars, shops, restaurants and other points of interests.