Milefo, the 27-meter-high pot-bellied happy Buddha is one of the largest and fattest image of the saint you’ll find in the world.

You can see the happy Buddha’s statue at Baojue Temple on the northern edge of Taichung City. 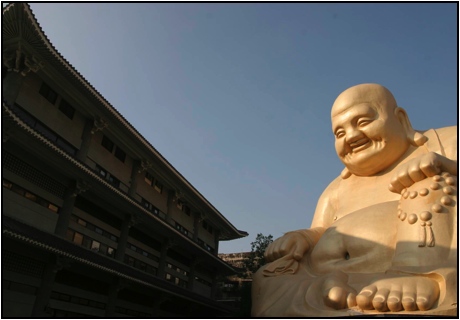 The building next to Milefo keeps thousands of cremation urns and that’s the reason why the atmosphere isn’t as festive as at other temples around the city. 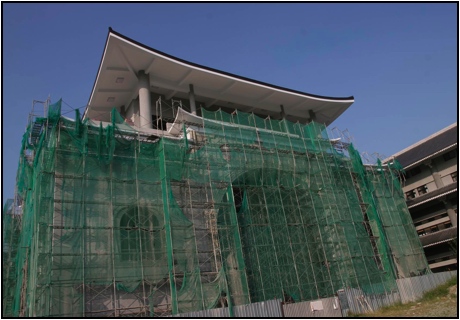 The temple by the happy Buddha was undergoing a major facelift at the time of writing. 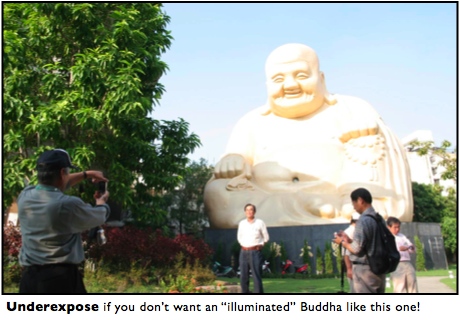 Tips for photographers: Underexpose 2/3 of a stop so the statue’s gleaming surface doesn’t appear too bright on your pictures.