Nantun district seems to be nothing more than a modern neighborhood without much for the visitor. Appearances can be deceptive sometimes…

Behind the tall buildings, the trendy shops, and the 7/11s are two of the most rewarding sights in the city. One is a historical relic, the other, a Taiwanese shortcut for passing exams. 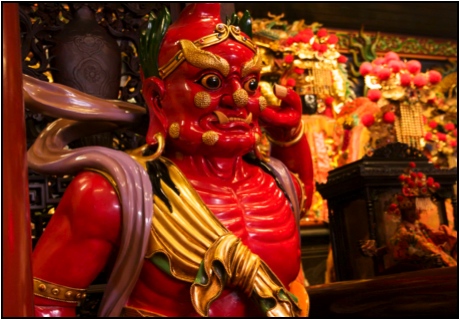 Wenchang Temple, dedicated to the God of literature, is popular with young students. Every day, dozens appear here from all over the area to bai-bai (pray) for good marks. 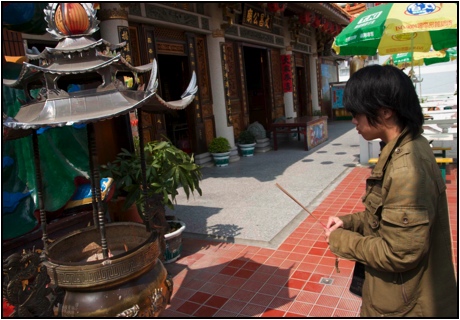 The believer will usually buy a bundle of incense at the entrance and walk around the shrine, from one incense burner to another, making series of bows, asking for help… looking vulnerable.

(I guess my presence didn’t help that poor boy…) 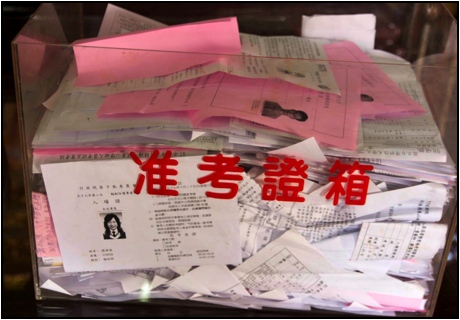 Here is my favorite part… After all the sticks have gone to the heavens in smoke, a photocopy of an ID card, a passport, or a test application form is placed in a plastic box in front of the altar. Where does all that paper go? I’d guess they burn it. Taiwanese love burning stuff! 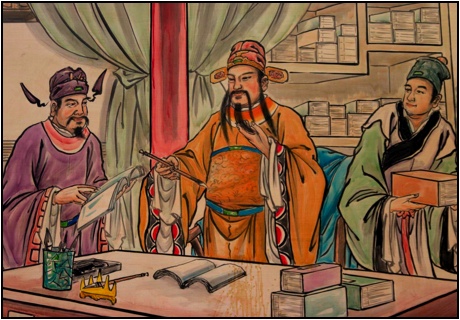 Also known as the God of Culture, Wenchang Di (the guy in the center I guess), can be found on paintings all over Taiwan in temples, schools and in the homes of well-educated Taiwanese people. 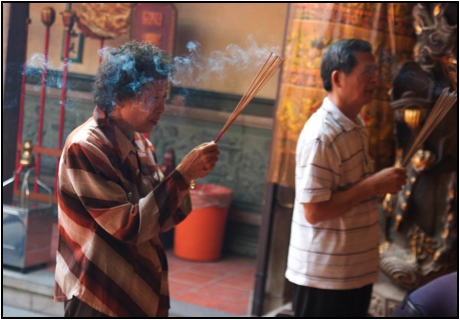 Back to school? Probably not. Surely, many youngsters have no interest in all this and refuse to follow the tradition. Wenchang Temple is also popular with elders who probably worry about their grandkids’ academic results. 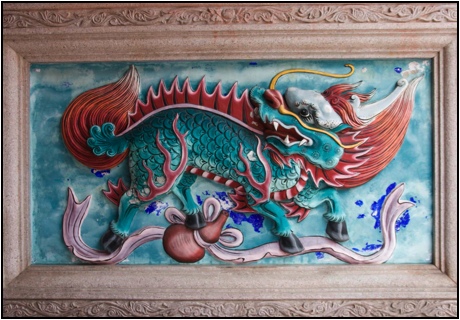 Next door, Wanhe Temple is Taichung’s oldest place of worship. The original shrine was built under the Qing Dynasty in 1683. It’s dedicated to Matsu, the most important deity in Taiwan. The place gets really busy on weekends and holidays. 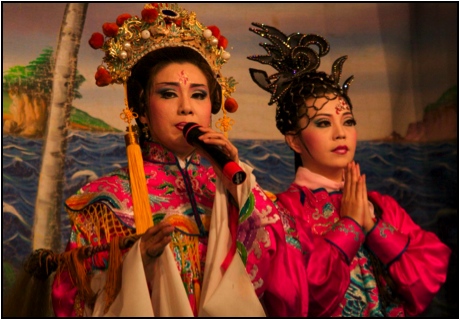 Traditional Chinese opera and other dance performances are often hosted right across the street in front of Wanhe Temple. 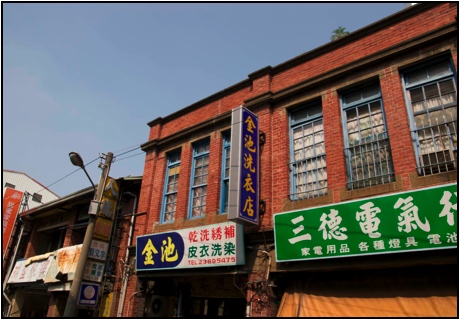 If you feel like walking after visiting the two temples, head for Nantun Old Street. It’s just a short walk north. You’ll see some old shophouses selling useless traditional handmade stuff and older looking buildings that are quite photogenic. 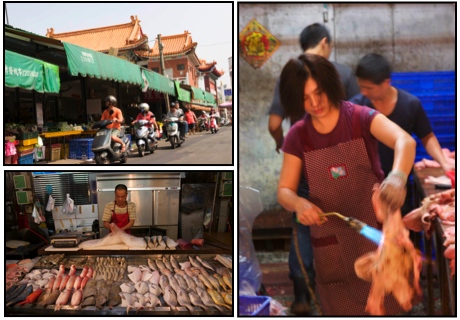 Hungry? Nantun Traditional Market is right behind the temples and is a good place to have a quick bite at one of the many cheap food stalls.

What’s that woman doing on the picture…? Fair question. She’s using a welding propane gas torch to burn the hair off the skin of a pig. Simple. And I heard her cousin sells the best pork buns in town at a stall opposite her… pig welding shop! Bon appetit.

Return from God Of Literature Temple to Taichung