The geography of Taiwan is fascinating and unique and is one of the reasons why this country is one of the most diverse destinations in Asia. It is a tropical island with a rich and colorful landscape – it has mountains, lakes and rivers, plains, basins, and is surrounded by 3 seas. Taiwan is not just a bunch of big, grey, industrial cities like most people imagine. Ok, now let’s take a look at what’s so special about Taiwan’s geography… 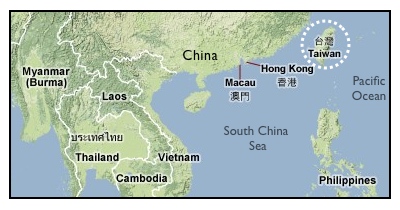 How Big Is Taiwan?

The geography of Taiwan isn’t plain. About 70% of the island is covered with rugged, densely forested mountains. The Central Mountain Range is surely the most outstanding topographical highlight of the country and is a true hikers’ paradise. This scenic mountain chain extends for 270 km and splits the island in two from north to south. About 240 peaks rise above 3000 m. Mt. Jade (Yushan) is the tallest peak of the island at 3952 m. On a clear day, you can see the mountains from anywhere on the island. 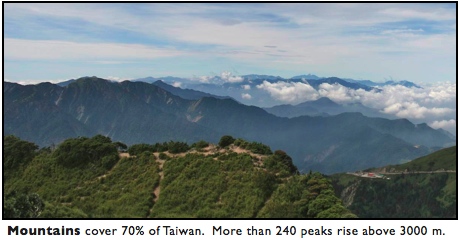 The great majority of the 23 million Taiwanese people live in densely populated urban centers on the west side of the island where broad fertile plains, basins and tablelands (elevated plains) can be found. These flat regions are also where most of the agriculture and industry is concentrated. Vast rice paddies like the one you see here can be seen just about anywhere there’s flat land. 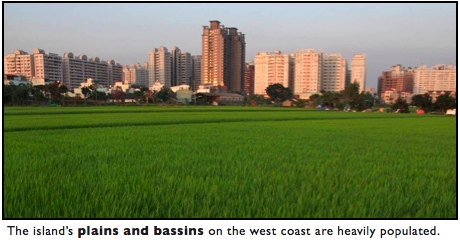 Earthquakes: Welcome to the Rim of Fire! 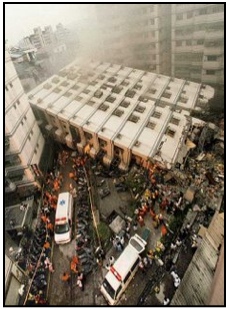 Taiwan sits on the most volcanically active part of the world, the Rim of Fire, so earthquakes occur frequently and can be felt – forcefully sometimes – anywhere on the island. Earthquakes have a significant impact on the geography of Taiwan.

Find out more about earthquakes in Taiwan, the big 921 quake, and the Taiwan Earthquake Museum in Wufeng, Central Taiwan. on this page, you can see lots of pictures and a crazy video of the big 1999 earthquake in Taiwan.

Every year, Taiwan is hit by at least half a dozen typhoonsbetween July and October. These fierce storms can carry winds of up to 200 km per hour or more, and drop huge amounts of rain in a very short period of time. It’s not uncommon to see boats capsized, cities flooded, and buildings being toppled due to landslides. The word typhoon actually comes from the Chinese word taifeng, which means great winds! I advise you to stay indoor if a typhoon strikes the island, and most importantly… don’t go to the mountains! 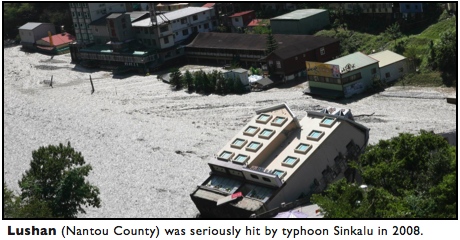 Geography of Taiwan – Surrounded by Water

Taiwan is surrounded by the East China Sea to the north, the Pacific Ocean (Philippine Sea) to the east, South China Sea to the south and the Taiwan Strait to the west. The strait separates Taiwan from Mainland China and has been the center of many military crises in the past. Kinmen, Matsu, and the Penghu Islands – administered by Taiwan – are located in the Taiwan Strait. Orchid and Green Islands are on the east side, in the Pacific.

The “Made in Taiwan era” has left its stain on the environment. Heavy manufacturing and industrial activity has resulted – and still creates – toxic contamination that damages the air, land, and water. Also, in the main metropolitan areas, carbon monoxide emissions from heavy traffic generate substantial air pollution that inevitably brings health consequences.

Still, no city in Taiwan is as choked as let’s say Beijing, Bangkok, or Delhi, where real blue skies are as rare as coconuts in Antarctica. In Taipei for exemple, the pollution is present, but you can still go for a walk or a run without suffocating. 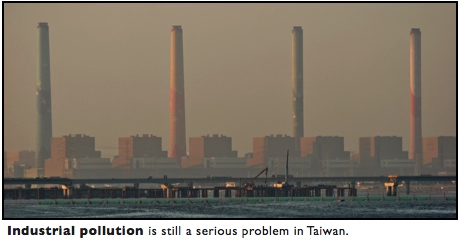 Return from Geography of Taiwan to Homepage