Curious about Taiwan? You’re not the only one! Whenever I travel and tell people I live in Taiwan, I’m assaulted with questions. This Facts About Taiwan page will answer some of the most common questions I’m usually asked.

Check out why a vacation to Taiwan is a wicked idea!

Let’s face it… there’s a lot of confusion about this place and most people don’t know it as well as let’s say… China or Thailand. I hope these facts about Taiwan help you make more sense of this mysterious tropical island.

Taiwan is an island in Eastern Asia. It is only 120 km off the coast of China’s Fujian province. It is south of Japan and north of the Philippines. More info: Where is Taiwan!

How big is Taiwan?

Taiwan is about the same size as Switzerland or Belgium. Its total area is 35,801 square km.

Why is it also called Formosa?

Ihla Formosa is how the Portuguese explorers called the island 500 years ago when they first saw it from their vessels. It means “Beautiful Island”. 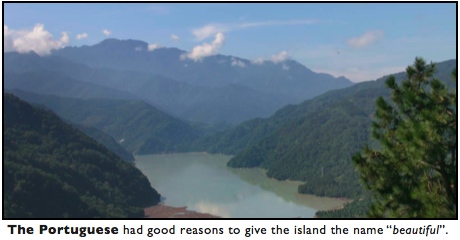 What is the population of Taiwan?

Taiwan’s population is about 23 million people. It is the fifteenth most densely populated country in the world. It is crowded indeed in some of the big cities. Want to know more about the population of Taiwan?

What is Taiwan’s currency?

Want to know more about Taiwan’s currency? Should you bargain in Taiwan? Should you tip in restaurants or bars? How can you open a bank account in Taiwan? Get answers to all these questions and to find more tips and information about money in Taiwan.

What language do Taiwanese people speak?

Mandarin Chinese is the official language on the island and is spoken by most people. Taiwanese, a Chinese dialect from Fujian Province in China, is spoken by 70% of the population. Also, due to 50 years of Japanese rule, lots of people born before 1940 are still fluent in Japanese. Read more about the languages spoken in Taiwan. 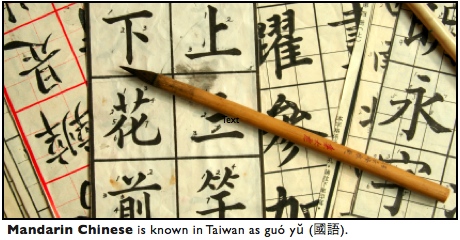 What is Taiwan’s capital?

Taipei, located in the northern part of the island – is Taiwan’s capital city. Tainan, in the south, was the nation’s capital between 1661 and 1887 during the Qing Dynasty. More facts about Taiwan’s capital on this page.

What are the most important cities in Taiwan? 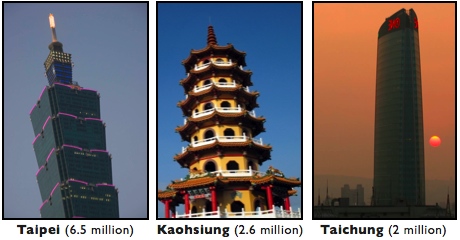 How is Taiwan’s Geography?

2/3 of the island is covered with the densely forested Central Mountain Chain. The majority of the population lives in busy metropolitan areas on plains, and basins on the western part of the island. More on the geography of Taiwan here.

Read about earthquakes in Taiwan.

What is Taiwan’s highest mountain?

Imposing Mt. Jade (Yushan) is the highest mountain in Taiwan at 3952m. It’s in the central part of the island. With 240 peaks that reach above 3000 meters, Taiwan is also an amazing hiking destination.

What are the main Taiwanese holidays?

Taiwan’s festivals are colorful and extraordinarily animated. For Taiwanese people they mean family time. For you… a once in a lifetime opportunity to understand the meaning of the word “exotic”. Truly, it doesn’t get any better than that. They are the real deal! Most of them are celebrated according to the Chinese lunar calendar. They are… 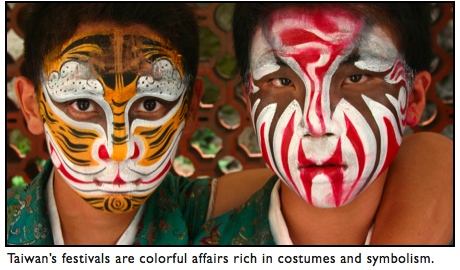 What are Taiwan’s main tourist attractions?

Browse all the tourist attractions and cities featured on Taiwanese Secrets Travel Guide!

Learn how to deal with Chinese people in Taiwan: 18 Essential Chinese Etiquette! 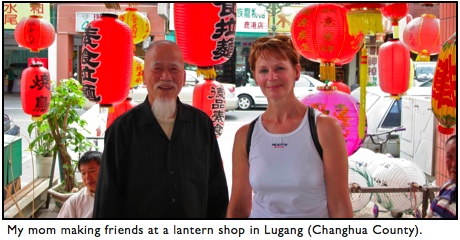 What are some Taiwanese celebrities?

How is the climate in Taiwan?

Like most tropical destinations, Taiwan is enjoyable any time of the year. There are two distinct seasons: hot and humid, and chilly and damp. Generally, the central and southern part of the island get much more sunny days than Taipei and the east coast. More about Taiwan’s climate here. 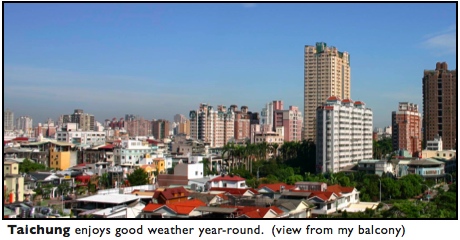 Why do people refer to Taiwan as “little tiger”?

The name Asian Tigers (the four little tigers) refers to the economies of Taiwan, Hong Kong, Singapore, and South Korea. These four economies had amazing growth rate and industrial development between the 1960s and 1990s.

Need more information about Taiwan? Check out our 20 Most Frequently Asked Questions about Taiwan!

Other Articles About Taiwan

From Facts About Taiwan to Taiwanese Secrets Homepage