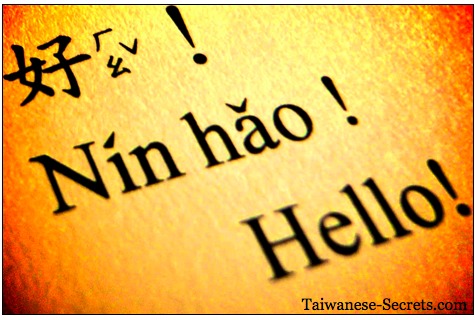 Learning Mandarin Chinese is a very trendy thing to do these days. It’s also one of the hottest topics on the internet. How do I know this? Well, in order to build this website, I use a tool that tells me what are the most popular queries on Google and Yahoo. Every day, thousands of people from around the world ask the same questions over and over again about Mandarin Chinese such as…

How many people speak Mandarin Chinese in the world?

Around 1 billion people speak Mandarin Chinese around the world. The Mandarin language has more native speakers than any other language.

Where is Mandarin Chinese spoken?

Mandarin Chinese is mostly spoken in China, Taiwan, Singapore, and Malaysia. It is also widely used in the many Chinese communities (Chinatowns) around the globe. Mandarin Chinese is also one of the six official languages used by the United Nations.

How is Mandarin Chinese written?

How many Chinese characters are there?

Pinyin is a way to write Mandarin Chinese with the Roman alphabet. In Chinese, pinyin literally means “spelled sound”. Pinyin is used in most Chinese language institutes to teach Mandarin as a second language. It’s a way to read Chinese without having to know the characters. Many Chinese street names are written in pinyin in China and Taiwan.

How many tones does Mandarin Chinese have?

Mandarin Chinese has four tones. It means that for one given syllable, or word, you have four different meanings. For example: the word “ma” can either mean horse, mother, hemp, or to scold. Mastering the four Chinese tones is one of the most difficult aspects of learning Mandarin Chinese.

When reading pinyin, you can see the tone marks above each Chinese word.

The most difficult part when studying Mandarin is getting your tones right and learning how to read and write Chinese characters.

How do you say “Hello” in Chinese?

“Ni hao” is how we say hello in Chinese. “Ni” means you and “hao” means good.

What are the best Mandarin language programs?

Where is the best place to study Mandarin Chinese? Over the past ten years, I have joined Mandarin classes at many Chinese language schools and my favorite one has always been the Taipei Language Institute (TLI) in Taichung City, in the central part of Taiwan.

Chinese Alphabet Symbols
Anyone who wants to learn Chinese might want to try to learn pinyin, the alphabet symbols for the Mandarin Chinese. The problem is that this language is completely different to western languages. For this reason, there is no alphabet as such.