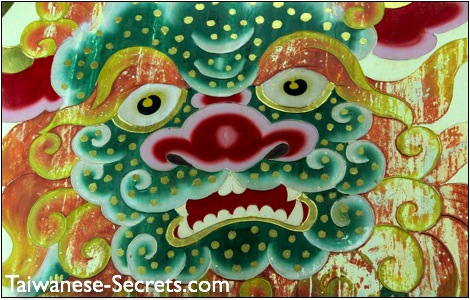 About the Chinese Dragon Boat Festival

During Dragon Boat Festival, you’ll catch glimpses of pyramid-shaped bamboo leaves, lightly tied with and hanging from rope. These are zongzi, a food that Taiwanese clamor over during the festival, which usually takes place in June (technically it falls on the fifth day of the fifth month of the lunar calendar).

Zongzi are made up of rice mixed with a variety of fillings and wrapped up in large bamboo leaves. In Taiwan, most of the fillings are meat, though vegetarians might be able to track down some red bean paste variations.

Dragon Boat Festival harkens back to Chinese mythology and obsession with rivers. During the festival, ornately and wonderfully designed “dragon boats” are decked out with decoration. These boats are manned by teams of varying sizes for competition. You’ll see Taiwan’s rivers filled with boats training for the event in its lead-up.

Many foreigners compete in the dragon boat races as well, though in my experience they rarely win. If you happen to be in Taiwan during the festival, catching a boat race is a terrific idea. Kaohsiung, Taipei, and Lugang are 3 of the best places to watch a Dragon Boat Race in Taiwan.

Chinese Dragon boat teams are usually quite a bit bigger than a standard rowing crew. They usually contains upwards of 22 people – 20 for paddling the thing, one person in the back holding the rudder and steering and one other up front keeping everybody in time.

Traditionally, the person up front (something like a musical conductor) is equipped with a drum for maintaining the rhythm and force of rowing pace, but modern versions may or may not use an actual drum. Shouting is generally equally effective anyway, right?

So, you might ask, what do dragon boats and pyramid-shaped rice have in common? Well, the most common myth goes back to a legendary poet named Qu Yuan. As a result of some unplanned allying and political dealings, our Mr. Qu was accused of treason and banished from the empire, as far back as the year 300 BCE.

In his opinion, the new rulers treated people very poorly, so he decided to end it all by tying a rock to his leg and jumping into the nearby river.

Because Qu was a highly-respected and revered man, the villagers attempted to prevent fish from consuming his body. So they decided to throw rice into the river to keep the fish distracted.

However, they were relatively poor and didn’t want to waste too much food in this way. Their final innovation was to wrap rice in bamboo leaves and throw the newly-created zongzi into the river, keeping the fish busy and the rice safe. Later, it became believed that Qu’s death was also the origin of the dragon boat races, as the local fishermen raced out onto the river to scare away and/or search for the poet’s body.

Last but certainly not least, prayer and spirituality are essential parts of Dragon Boat Festival. Temples are packed on the day itself. I’ve even seen hip, secular twenty-somethings Taiwanese burning incense and asking the gods to help them ward off evil, disease and hardship.

If you feel the weight of the world bearing down on you, make your way to a Chinese temple on Dragon Boat Festival and ask a local to help you in the process of baibai (prayer). 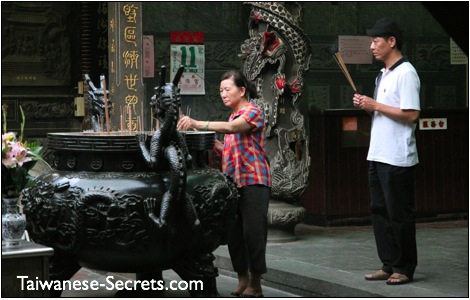 Have fun during the Dragon Boat Festival!

Return from Dragon Boat Festival to Chinese Festivals in Taiwan