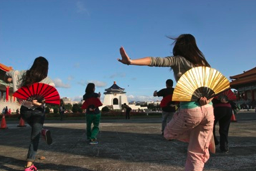 Discover Chinese culture in Taipei! Understand why Taiwan’s capital is one of the most vibrant cities in Asia!

The official language of Taiwan is Mandarin Chinese (guo yu). It’s the language that’s the most commonly used at work, school, and in official spheres. It is by far the most helpful language to learn if you visit Taiwan.

The mother tongue of most people who live in Taipei is not Mandarin Chinese, however. It is Taiwanese, also called Min Nan Yu, or Hokkien. This language originated from China’s Southern Fujian Province. Most Taiwanese are descendants of immigrants who came from that part of China.

Taiwanese temples have an important place in the culture of Taipei. Some people say there are as many temples as there are restaurants in the capital city.

The popular Chinese religion of Taipei is a mix of ancestral worship, Confucian traditions, Buddhist practices, Taoist thinking and rituals, as well as other diverse popular beliefs.

As a traveler or expat, you’ll be amazed at how colorful, loud, and bizarre some of the religious customs and ceremonies can be. From people who hit their head with axes, to families who force-feed pigs for the gods, and the burning of tons of ghost money, you’ll have many opportunities to ask yourself in disbelief: “What’s going on!?”

Wanna know more about Chinese religion? Check out this article.

Education has a huge importance in the culture of Taipei. It’s not uncommon for toddlers as young as 2 years old to go to kindergarten full time. Elementary school kids have to carry their school books in wheeled suitcases because of the amount of homework they have to do. High school students rarely finish their homework before midnight.

In western society, it would be odd if someone you’ve just met asked you about your educational background and wanted to know which school you’ve attended.

Be ready – in Taipei’s culture, it’s absolutely normal to start a conversation talking about school, degrees, grades, and education in general. Quite boring, I know.

Learn more about education in Taiwan.

If you asked Taiwanese people to tell you what’s at the heart of the culture in Taipei with only one word, they would most certainly reply: food! 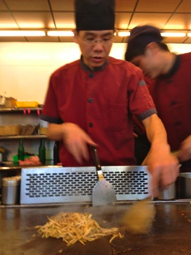 Taipei is one of the food capitals of the world. Here, you can find some of the best chefs on the planet who work at expensive 5 star restaurants, cheap street food that’s available 24-hour a day, and everything in between.

Whatever your craving, you’ll be served! You can find everything: Chinese, Taiwanese, Japanese, Indian, Mexican, Vietnamese, French, Italian. The variety of food here is as colorful and varied as the entire culture of Taipei. It’s infinitely rich!

Wether it’s 5 in the morning or 10 at night, and wether you’re full or hungry, at work or having fun outside, you’re sure to hear about food (or drinks) every 30 minute or so. In the morning, the talk is about what one had the previous night. In the afternoon, it’s about the 20 cups of tea we should order for all the staff in the office. At night, it’s about deciding between BBQ, hot-pot, seafood, or pizza. And after dinner, we gotta chose what to get for our “little eat” (xiao chi) before bed. I usually go for stinky tofu or fried octopus.

Read more about food in Taiwan.

Major Festivals and Holidays in Taipei 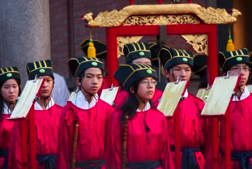 The culture in Taipei is made even more interesting by the multitude of festivals and holidays that are celebrated throughout the year. Here are some of the most important ones: 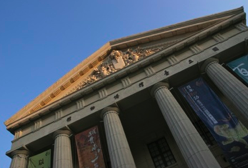 Visiting the following attractions is the best way to understand the culture in Taipei even more. 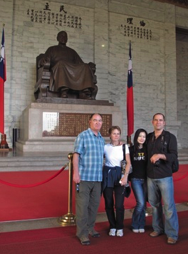 Return from Culture in Taipei to Taipei Travel Guide