How far can your money go in Taiwan?

Wondering about the cost of living in Taiwan? Understand this first: Taiwan is a place of opposites, stuck somewhere between a repressive dictatorship (a little while ago) and a full-blown modern economy (now). The way you spend your money can be equally bipolar – living and/or traveling in Taiwan can be about as cheap as backpacking in Southeast Asia and about as expensive as a wild weekend in Western Europe.

When planning your trip to Taiwan you can keep a pretty flexible budget as the amount you spend really depends on your taste and the kind of experience you’re looking for.

The exchange rates are around US$1 to NT$30, and 1Euro to NT$35. Therefore, NT$100 is about US$3.5, or 3Euros. Those of you trying to force US Dollars down a street vendor’s throat will quickly realize that only NTD is used in Taiwan – no foreign currency is accepted. If you need to change money, the best places to do so are at the airport in Taoyuan, Taipei, Taichung, and Kaohsiung, or at local banks. 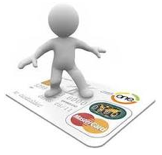 Use of credit and debit cards is fairly common, and you’ve probably never seen so many ATMs in your life. Almost every convenience store (7-11, Family Mart, Hi-Life, OK.Mart, and others) will have an ATM, and there are also lots of publicly usable ATMs at banks on the streets of the bigger cities.

These ATMs will generally allow you to withdraw funds from foreign accounts for a small fee and a slightly poor exchange rate. Places on the not-so-low-end (i.e. not a noodle shop or roach motel) will also accept credit cards for payment.

Cost of living in Taiwan – Food

Cost of living in Taiwan is considered to be extremely low when compared to western countries, and one of the main aspects is FOOD! In Taiwan it’s no secret that street food is an incredible bang for your buck. You can get some of the best Chinese food you’ve ever had for under NT$60, which is to say less than US$2.

Mid-range restaurants will offer a wider spectrum of cuisine, from Japanese to Vietnamese and to the decidedly Asian version of your Western favorites. These restaurants will generally cost between NT$120 and $300 per dish, depending on the luxury of your order and the city you’re in.

Cost of transportation in Taiwan

Transportation is generally rather affordable. A 15-minute taxi ride shouldn’t cost more than NT$150 or $200, and intercity trains and buses will be around $200-500 depending on the distance. The modern high-speed rail trains are considerably more expensive, though they are ridiculously fast.

Cost of Accommodation in Taiwan

The second most important aspect (after food) for most people when wanting to know about the cost of living in Taiwan, is price of accommodation. Well, Taiwan has something for everyone, at both ends of the price range, and everywhere in between.

Backpackers can find rock bottom, cheap hostels with dorms and shared bathrooms for as cheap as 200NT$ per night.

Travelers who want their own private room can stay in business-type hotels in cities or minsu 民宿, which are a kind of B&B / homestay, in the countryside. Those can be as cheap as 600NT, but are most commonly in the 800 to 1500NT$ range.

Visitors who wish to have more comfort and amenities, will be happy to realize that mid-range hotels in the 1600 to 2800NT$ category are plentiful and offer better value than what you’d get for the same price in a western country.

High-end hotels and resorts can be as expensive as you want it to be. From 3000NT$ and up, you will be blown away at the kind of luxury you can get in Taiwan. The cost of an equally luxurious accommodation in a western city could easily be double or triple what you’ll pay in Taiwan.

You’re obviously free to give away as much money as you like, but tipping is not a common custom in Taiwan except at the swankiest of stops. Unless you’re at a high-end bar, club or hotel, tipping is not necessary for servers, taxi drivers or hotel staff. Some restaurants may automatically charge a 10% service charge, so there’s no need to argue with anybody if that happens.

Cost of living in Taiwan while traveling

A cheap budget for backpackers will be around $500 – $1000 per person. The mid-range will look more like $1000 – $2500, especially when nights out, cab rides and hotel stays start to pile up. If you’re on the high-end, well, it all depends on how liquid your investments are.

Tips for keeping the cost of living and traveling in Taiwan as low as possible:

I really hope you found this page about the cost of living in Taiwan helpful. Here are some more Taiwan travel articles you might find helpful:

Return from Cost of Living in Taiwan to Facts About Taiwan