Characteristics of the 12 Chinese astrological signs 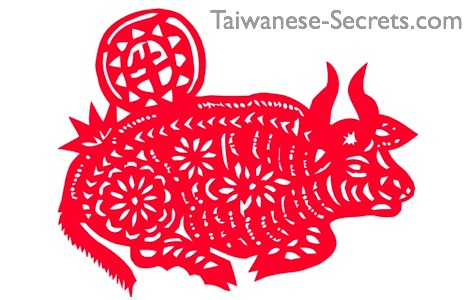 The Chinese Zodiac symbols are now extremely popular all over the world. If you want to find out about the traits and characteristics of each Chinese Zodiac animal, read on!

The Chinese Zodiac started in China and is based on a 12 year cycle; each one has a different animal representing it. This is still considered to be very important throughout the east including Taiwan, Japan, Korea, and China.

It’s important to remember that the animal names are translated. Some of these animals didn’t even exist in Ancient China at the time. Each animal lasts for the period of one year and when the cycle is over, it begin again from the start (rat).

The 12 year cycle starts with the rat. This is partnered with the water element. People born with the Chinese Zodiac symbol of the rat are said to be sensitive, ruthless, scheming, intolerant envious, sociable, charming, intellectual and intense.

The second animal in the cycle is the Ox, or in Vietnam the water buffalo. This is also paired with the water element. People born during this year are said to be ambitious, patient, conventional, modest, methodical, tenacious, and hardworking. However, people born during this year can also have bad tempers, be materialistic, demanding and stubborn.

The tiger is the third animal in the cycle. This is paired with the wood element. People born during this year are thought to be colorful, sincere, stimulating, impulsive and passionate. However, people can also be aggressive, selfish, impatient, restless and have a bad mood.

The rabbit is the fourth animal in the cycle. This is replaced with the Cat in Vietnam.

The rabbit is also paired with the wood element. People born during this year are thought to be lucky, shy, compassionate, flexible, astute, tender and artistic. However, people can also be stubborn, opportunistic, and moody.

The dragon is the fifth animal in the cycle. People born during the period of the dragon are said to be proud, dignified, fiery, passionate, strong, pioneering, generous and artistic. However people born in this period can also be arrogant, tactless, demanding, brash and violent.

People born during the year of the snake are said to be wise, graceful, sensual, shrewd, cautious, elegant, strong, calm and constant. However, these people can also be cold, distrustful, self-doubting, possessive and poor communicators.

People born in the year of the horse are said to be intelligent, flexible, open minded, agile, magnetic and perceptive. However, these people can also be rude, stubborn, childish, arrogant and fickle.

The next animal in the cycle is the goat. People born in the year of the goat have the following trait; they are sincere, shy, gentle, creative, understanding and creative. However, these people can also be indecisive, moody, pessimistic or a constant worrier.

People born with the Chinese zodiac symbol of the monkey are self-motivated, inventors, improvisers, flexible, sociable, polite, competitive and dignified. These people can also be jealous, cunning, suspicious, reckless, arrogant and vain.

People born during the year of the rooster will be meticulous, neat, tidy, critical and normally perfectionist. These people can also be abrasive and highly opinionated.

People who are born during the year of the dog are said to be intelligent, honest, loyal, easy going and sensitive. However, these people can also be pessimistic, judgmental, cold, argumentative and lazy.

The year of the pig is the final year in the Chinese zodiac cycle. This is called the boar in Japan, and in Northern Thailand it is the Elephant. People born with the Chinese zodiac sign of the pig are honest, hardworking, patient, peace loving, sincere, passionate and intelligent. However, these people can also be materialistic, gullible and naive.

Depending on the year you were born in, you will be given a different animal sign. However, what most people don’t realize is that animals are also assigned by months and even hours.

This makes the Chinese Zodiac symbols much more complex. Just because you are born in the year of the Ox for example, you might also have other traits as you might be an internal Snake and secret Pig.

Return from Chinese Zodiac Symbols to Chinese Society and Culture