30 Pictures of Temples in Taiwan 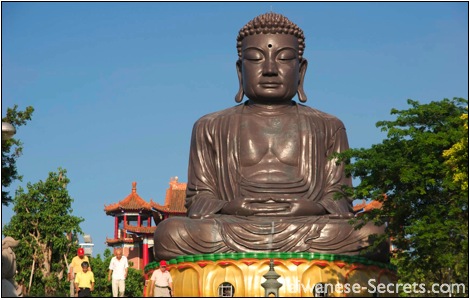 Giant statue of a Chinese Buddha at Baguashan, in Changhua City, in Central Taiwan. Changhua is not the coolest Taiwanese city to travel to, but visiting the Baguashan area is worth an entire afternoon.

Chinese temples are all over the place in Taiwan and visiting them is high on the list of things to do on Formosa.

Since moving to Taiwan in 2000, I must have visited more than 200 temples and until today, I still enjoy to walk around these unique, historic places, camera in hand, on the lookout for visual treasures and special moments.

I love everything about temples in Taiwan – the smell of incense, the paintings, calligraphy, statues, dragons, gods, ceremonies, offerings, prayers…

Some people estimate the number of temples in Taiwan to be close to 80,000!

I hope you will enjoy this collection of 30 pictures of temples in Taiwan! 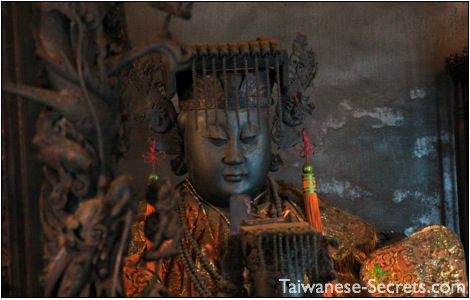 An image of the Chinese Godess Matsu at the great Mazu Temple, in Lugang City, in Central Taiwan. 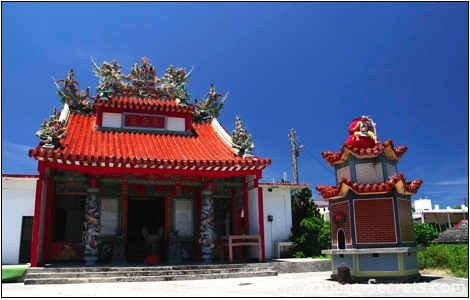 A bright, orange temple on Green island, near Taitung on Taiwan’s beautiful and wild East Coast. 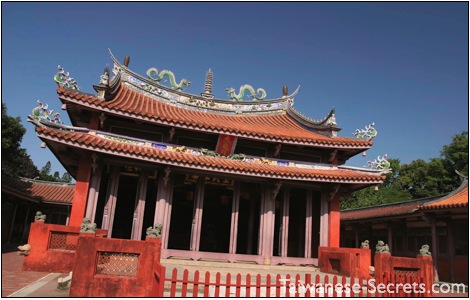 This Confucius temple is located in downtown Tainan and the area around it is worth visiting. There’s a very relaxing park in front of the main gate where Taiwanese people – young and old – paint, play ball, walk, practice Taichi, and drink tea. 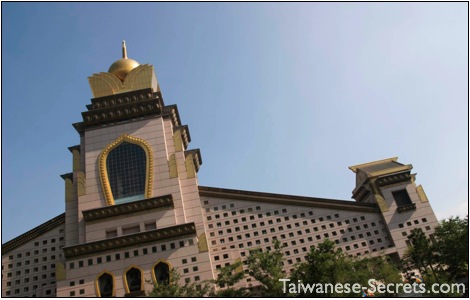 Zhong Tai Chan Temple in Puli, Taiwan. Great stuff to see inside, but requires a lot of preparations like calling the temple administration to book time to visit the special rooms, sculptures, and paintings that this “shrine” offers. This temple was built by the same architect who built the Taipei 101 Tower in Taipei City. 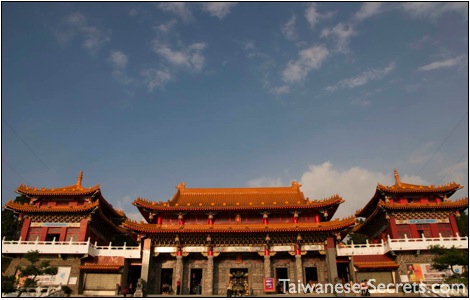 Wenwu Temple next to Sun Moon Lake, in Nantou County. Sun Moon Lake is Taiwan’s biggest lake and it’s a great destination to hike and cycle. There are 3 ancient Chinese temples around the lake, but this one is my favorite. You get a spectacular view over the lake from the temple. 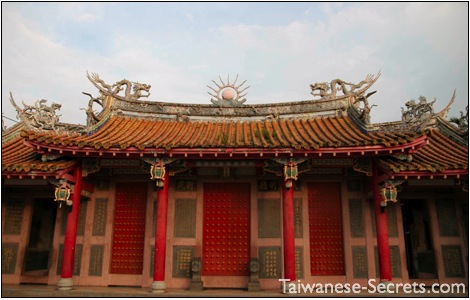 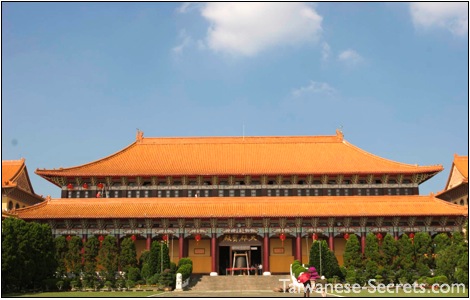 Foguangshan is a buddhist temple (monastery) located 30 minutes away from Kaohsiung City, in Southern Taiwan. It is the biggest temple in Taiwan. The tall statues of Chinese gods inside are exquisite! 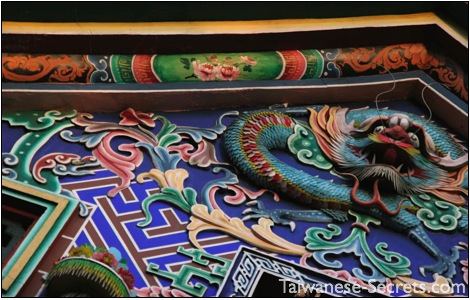 Picture of a temple in Fengyuan (Fongyuan), near Taichung City. 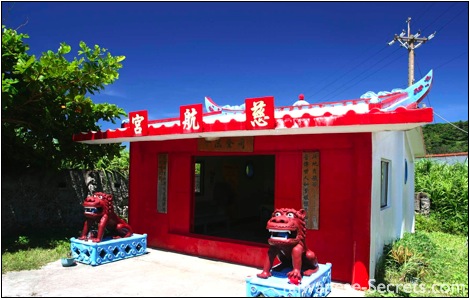 Image of a tiny temple on Green Island. 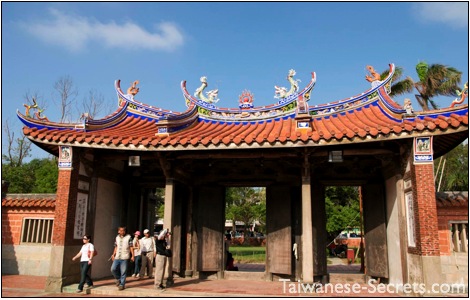 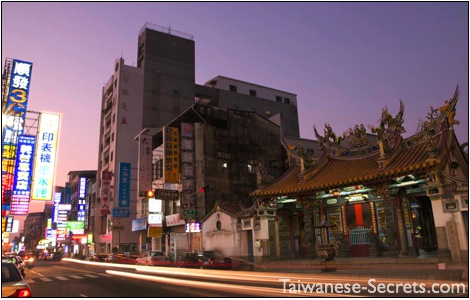 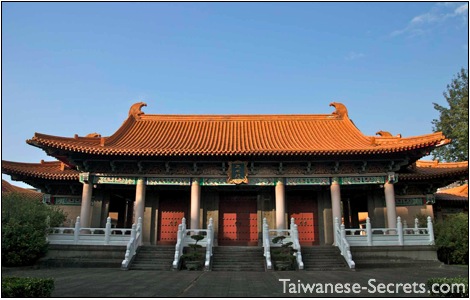 The first Chinese temple I visited in Taiwan: The vast Confucius Temple of Taichung. 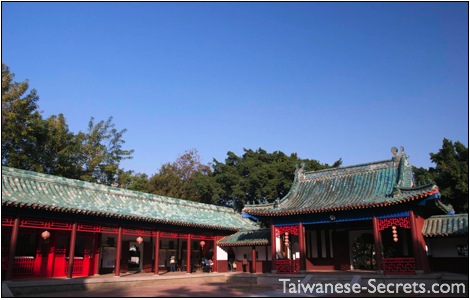 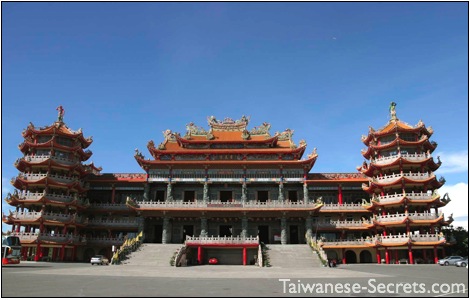 A Chinese temple in Changhua County. 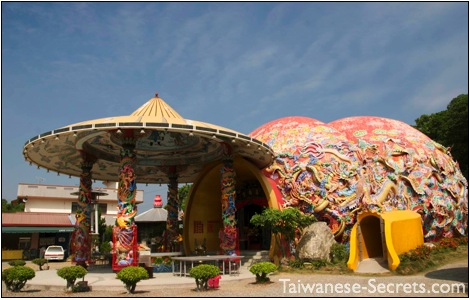 A Taoist (Dao) temple in Caotun. 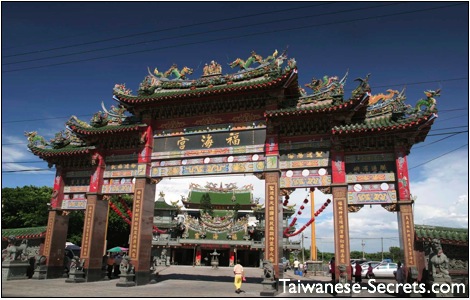 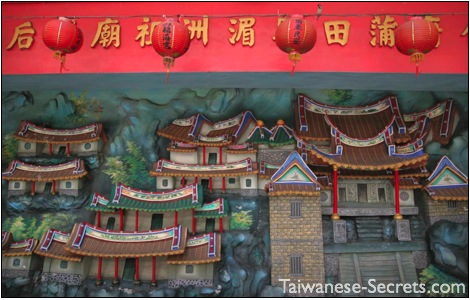 Colorful sculptures and paintings of temples and traditional Chinese houses 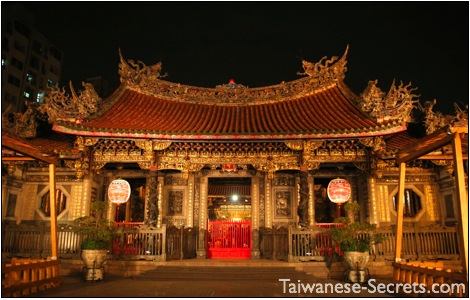 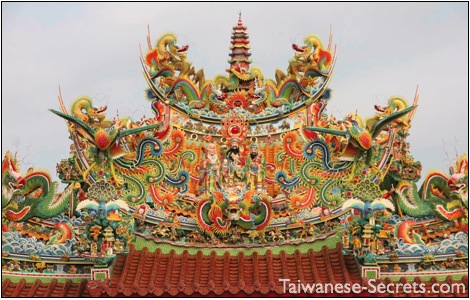 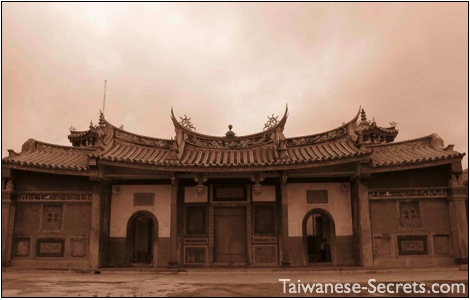 Old Chinese temple, near the city of Magong, on Penghu Island. 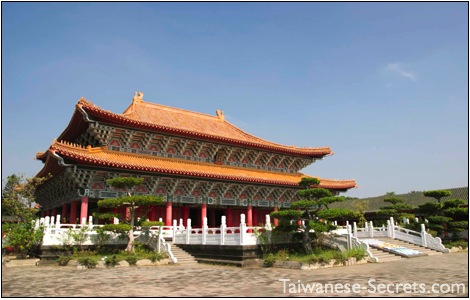 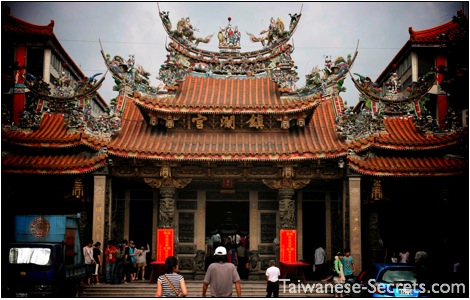 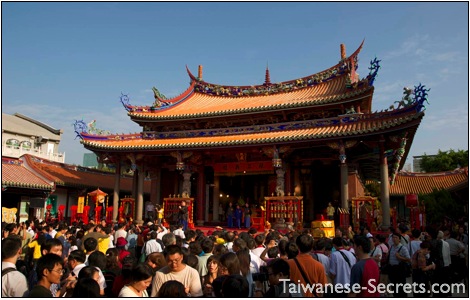 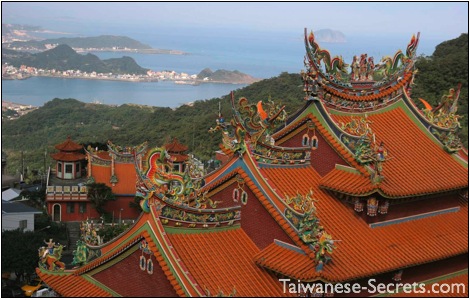 A Chinese temple in Jiufen 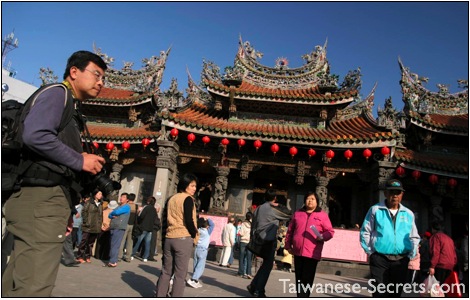 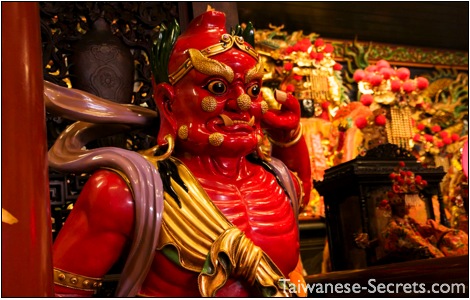 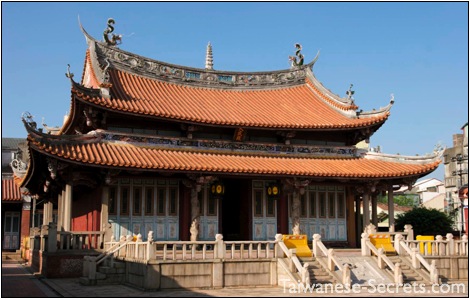 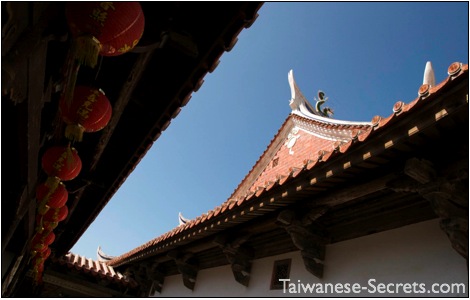 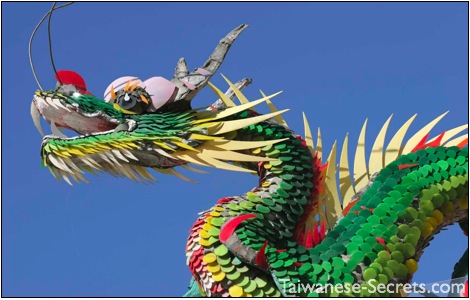 Picture of a Chinese dragon on a temple

You can see more pictures of Chinese temples in my collection of pictures of Taiwan and Chinese culture.