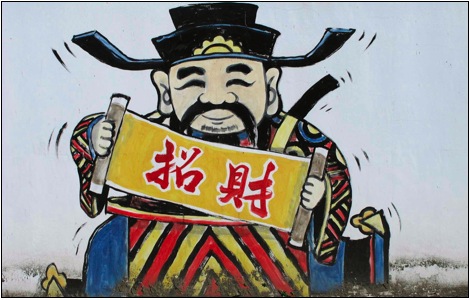 You may have heard about Chinese New Year, but what is it actually all about? We’ll try to cover that here.

If you’ve read other articles on this website, you might know that most traditional holidays in Taiwan follow the Chinese lunar calendar rather than the western solar calendar. For that reason, Chinese New Year is sometimes referred to as the “lunar new year” (it also has the name “Chinese Spring Festival” in some translations).

Note about finding a hotel during this long holiday
It is very difficult to find accommodation in Taiwan during the CNY period. You should definitely book your hotel in advance! 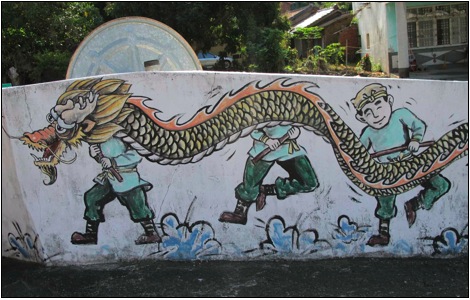 Because the lunar and solar calendars don’t match up, Chinese New Year falls on a different date each year. Generally speaking, it falls in the period between late January and early February.

About Chinese New Year in Taiwan

Chinese New Year is definitely the most important of all of Taiwan’s traditional holidays, and it is also the longest. Schools usually get two weeks’ vacation, whereas businesspeople and white collar workers will get a week or less. Technically, though, the holiday consists of fifteen distinct days, each with a different purpose. 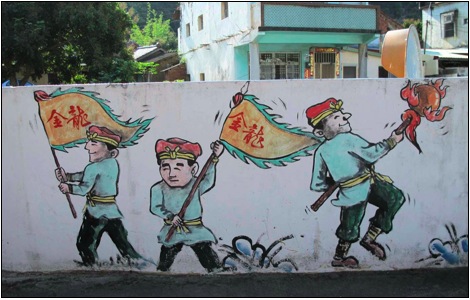 The period of fifteen days makes sense with the lunar influence – the first day is the first new moon of the first month of the new lunar year, and the fifteenth day is the year’s first full moon. The last day of Chinese New Year is its own thing, namely the Chinese Lantern Festival.

What is the Chinese New Year About?

For the most part, Chinese New Year is synonymous with three things: the color red, fireworks and stuffed bellies. In the lead up to the festival, you will be encompassed in a maze of red stuff – decorations, gifts, wall hangings, lanterns and of course red envelopes (hongbao). 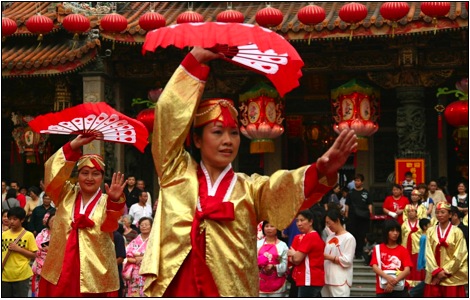 During the holiday, family members must give one another red envelopes that contain nothing more than cold, hard cash. You’ll hear two distinct streams of thought about the red envelopes.

First, Taiwanese kids will excitedly plan how to use the money they receive. Second, adults will complain about how they are poor and in debt but still have to give their younger cousins and siblings fatly-filled envelopes as gifts. 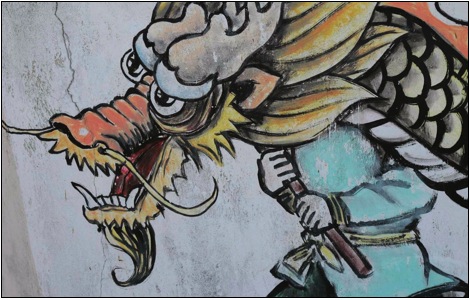 Lying within the sea of red are numerous fireworks. Don’t be mistaken though, these are not the bottle rockets and roman candles I played with growing up in North America. For Chinese New Year, the main quality you want in a firework is pure, unfiltered loudness. Firecrackers are the weapon of choice, and the constant tat-tat-tat of the ear-piercing things will require you to regularly remind yourself that you’re not at a Christmas party. 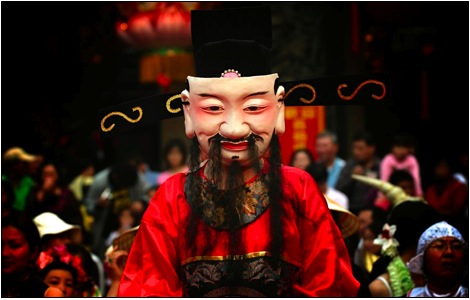 Finally comes the food, the thing that in the end probably actually serves to bring grudgingly busy workers back home. (Chinese New Year is the largest human migration that takes place throughout the year, as hundreds of millions of Chinese migrant workers return home, on mainland China, for the holiday).

Most every food traditionally eaten during Chinese New Year has some kind of symbolism. The word for “fish” is homonymous with that of “surplus”, therefore is widely eaten. 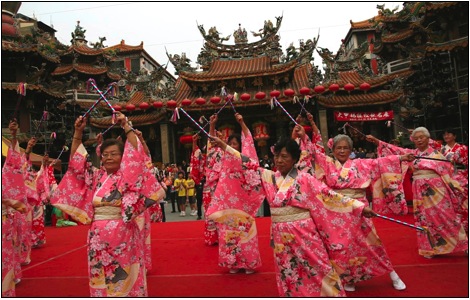 Dumplings supposedly hold some resemblance to Chinese gold ingots, so eating them means you will become prosperous. “Chicken” and “luck” are pronounced the same way, et cetera.

Basically, you can think of Chinese New Year as a combination of Thanksgiving’s feast, Christmas’ presents, New Year’s embrace of a fresh start and Independence Day’s fireworks, all rolled into one super big Chinese holiday. 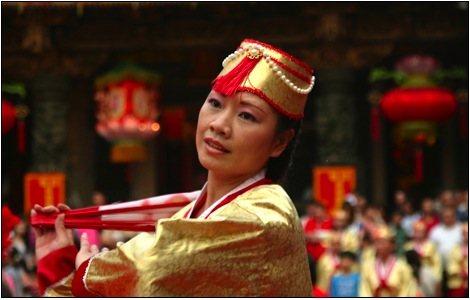 The two most popular ways to greet people in Mandarin Chinese during the new year holiday are:

Chinese New Year Animals
Did you know that there is a different Chinese New Year animal associated with each solar-lunar year in a twelve-year cycle?  If you don’t know yours, you can easily look that up.

Chinese New Year Food
New Year food is one of the most colorful, exciting parts of the fifteen day celebration. Read about traditional food eaten during the new year festival in Taiwan and China.

During CNY in Taiwan, people are on the move and travel around the island. It can be hard to get a room in a hotel, so you might want to check HotelsCombined.com to make a reservation in advance.

Return from Chinese New Year to Chinese Festivals in Taiwan