The Chinese Lunar New Year is packed with
interesting customs and traditions! 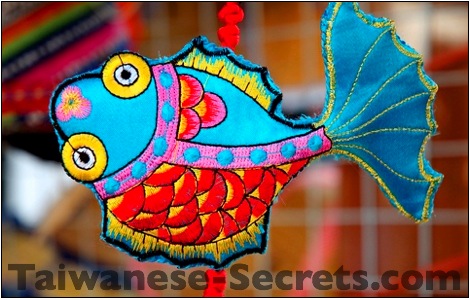 The Chinese New Year celebration, or the Spring Festival, as it is known in China and Taiwan, has so many traditions, and is even bigger and more splendid than Christmas is in the West.

When is Chinese New Year?

The Chinese New Year celebration takes place at the beginning of each Lunisolar New Year. Serious preparations begin in advance, however. For example, people give their homes a good cleaning to sweep out all of last year’s bad luck and people try to pay all their outstanding debts at this time.

Everyone decorates with red paper cut-outs of the characters for good luck and for spring and hang them upside down to increase the good fortune.

Ancestor altars in homes are thoroughly cleaned and paper effigies are made to the Kitchen God in order to bribe him to speak well of the family when he ascends into heaven to give his report to the Jade Emperor.

People buy new clothes and get fresh haircuts to bring in the celebration. The color red is a lucky color in Chinese culture and many people wear it before and during the Chinese New Year Festival.

The Chinese New Year traditions then really get rolling when on the eve each family gathers for a huge, evening meal. The central dish presented is a whole fish (yu) in a broth, which represents prosperity.

Around midnight it is customary to eat traditional Chinese dumplings, representing money, because they are shaped like the ancient gold tael you can see in the pictures with fat Buddha-like children.

The first day of the Chinese New Year marks the beginning of the big festival, and this day is used for worshipping ancient deities. People usually don’t cook, thinking the use of knives and lighting fires is bad luck.

A tradition on this day of Chinese New Year, families visit their extended elder members. Married members of the families give hong bao, or red envelopes filled with cash, to the children and teenagers.

If you are working in a Chinese country like Taiwan, your boss will likely give you a red envelope with bonus money for luck and prosperity.

Sometimes lion dances, which are aimed at scaring away evil spirits, bring in the New Year. This Chinese New Year custom is not very easy to witness these days. In Taiwan, the best place to see a lion dance during the Lunar New Year Holiday is in Taipei, at one of the many temples.

People light firecrackers in front of houses and businesses (in the middle of the night) to scare away “bad ghosts”.

On the second day, a Chinese New Year tradition is for families to visit the wife’s family. In Taiwan, driving on the highways (or taking a bus or train) on the second day of the Chinese Spring Holiday is pure madness! The roads are gridlocked and it’s impossible to get train / bus tickets.

On the fifth day, the birth of the god of wealth, people again eat money-shaped dumplings and businesses reopen.

On the ninth day of Chinese New Year traditions, people pray to the Jade emperor, giving offerings like sugar-cane.

On the thirteenth day people eat vegetarian meals and pray to Guan Yu, the greatest Chinese general who won 100 battles. This day is of special importance to businessmen, who also wish to be successful.

The fifteenth day is known as the Lantern Festival. Tang Yuan, sweet rice gluten balls, are eaten, and families walk around in their neighborhoods carrying lanterns, often shaped for the animal representing the New Year.

Chinese New Year traditions vary from one individual culture to another, but for all it’s definitely the most important Chinese celebration of the year!