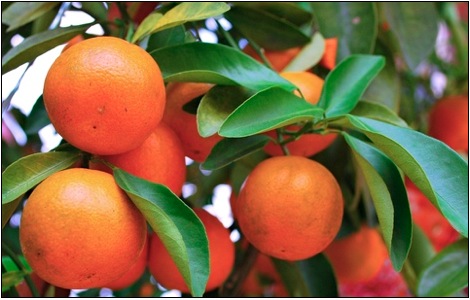 Chinese New Year food is one of the most colorful, exciting parts of the fifteen day celebration. Some, like Yu Sheng, or raw fish salad, are eaten on particular days, or every day during the holiday. The most popular of the foods symbolize some aspect or desirable thing wished for in the coming year.

The Chinese know that some of the most unappetizing-sounding things are actually delightful! And this one is a tradition. This might look like the worst of Chinese New Year food, but it could turn out to be one of the best!

Chinese New year food is especially plentiful on the Eve of the festival, when in addition to Buddhist’s Delight, many meats are eaten, including fish, the word for which sounds like the word for prosperity (yu). Chicken, duck, and goose are also commonly eaten.

A smoked, sweetish meat, something like jerky, is also eaten. It is called rou gan in Mandarin.

At midnight, during the first hour of the official New Year, people eat a type of food, known literally as oil dumplings. These are in the shape of Chinese sycee and they symbolize money.

Mandarin oranges are the most common fruit, and that’s because the first word in the name of the fruit, jin means gold. Do you see a theme developing here?!

Another particular Chinese New Year food is Nian Gao, or Year Cake. There is a pun on this as well, since nian sounds like “high.” The idea’s the same, a growing, prosperous year ahead. It is made of glutinous rice flour, wheat, starch, salt, water and sugar, the color of which, white or brown, determines the color of the cake.

Two other kinds of “cakes” are eaten as well, one made of the ground taro root, the other of the large white radish known as daikon. These are mixed with flour and other ingrediants to hold them together, and they are cut into squares and fried. Delicious! They are traditionally eaten in Taiwan at breakfast also, flavored with a sweet soy sauce mixture.

Sweets are numerous and are packaged in Chinese lacquered boxes. These include candied lotus seeds, roots, kumquats, pineapple, water chestnuts, and coconut. Other candies are made of carrot slices, ginger, water melon.

The selection of Chinese New Year foods is varied and unending. So many of these are things Westerners might never have even seen, much less tried. Don’t be afraid if something looks or sounds a little strange.  Millions of Chinese people cannot be wrong!