An introduction to the Yin and Yang, Chinese doctors, acupunctures, and herbal remedies. 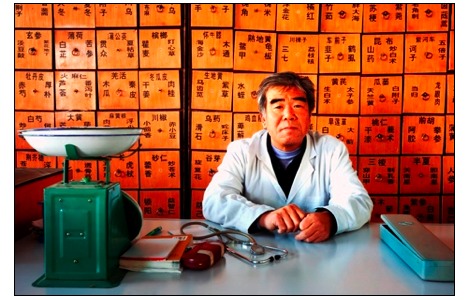 Chinese medicine in Taiwan enjoys vast privilege and standing that can’t really be found anywhere else. Taiwan’s dirt-cheap universal health care system covers both those who want to go to a Western doctor and those who prefer to see the local Chinese medicine doctor (zhong yi sheng).

Because of the widespread availability and affordability, well-funded, well-established Chinese medicine clinics can be found as commonly as their Western counterparts all over Taiwan, from Taipei to Kaohsiung and everywhere between Taichung and Hualien.

Personally, I am not the biggest fan of Chinese medicine. I’ve had more than my share of visits to Chinese doctors for ailments like inflammatory bowel disease, to broken bones, to sleeplessness, to back injuries. I’ve tried acupuncture, I’ve drunk green potions of Chinese herbs, and I’ve received weird massages. Have I ever felt better after a treatment of Chinese medicine in Taiwan? Read on.

For those unfamiliar with Chinese medicine, it can be rather difficult to wrap one’s head around, as its way of understanding the body is dramatically different from that of the West.

Chinese medicine is holistic, meaning it doesn’t view a particular ailment as the cause of some specific phenomenon or cause within the body. Rather, it views the body as a whole that cannot be understood when broken up into separate parts.

The Chinese Concept of Yin and Yang

It understands what happens in the human body as a relationship between yin and yang, the two competing halves of the natural world that must be brought together in a balanced, harmonious way. Yin represents passivity, femininity, and calm, while Yang demonstrates aggressiveness, masculinity and hardness.

The idea of balance of Yin-Yang informs the theory of Chinese medicine, which always strives to maintain harmony within the body. The body must also be in harmony with nature, which can equally have an impact on one’s health.

Various treatments may be applied to maintain balance. Acupuncture can be used to balance your Qi, which manages the flow of energy within the body. The most important treatment method is the use of herbs. An herb cocktail is made special for each patient, as the doctor intends to react to the unique situation of each body. Your Taiwanese Chinese doctor may also tell you to eat certain foods that are understood to have the effect of increasing, decreasing or balancing one’s out-of-whack and unharmonious life. 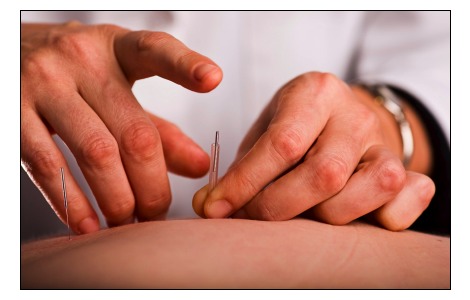 This may sound like absurd magical thinking coming from the mind of those of us who grew up studying the Scientific Method in grade school. Your mileage may vary when it comes to interacting with Chinese medicine.

Many Westerners who have tried Chinese medicine in Taiwan claim that it is extremely effective and would recommend it to anyone who has problems that Western medicine can’t seem to fix. Other brave experimenters are quick to say it is an obsolete, largely useless practice that doesn’t offer much to anyone, except cash payments to Chinese doctors who may or may not be consciously lying to you. I belong to the second group!

Regardless, it is a practice that has been around forever – scholars put the origin of Chinese medicine at over 2,000 years ago, well before scientific reasoning took over Western thinking.

What do Taiwanese people think about Chinese medicine?

Though Taiwanese are more or less torn on what to make of it – most city dwellers tend to go to Western doctors for nearly all of their problems – Chinese medicine is still a huge part of the culture. Any complaint you make in Taiwan about your health will be met with several suggestions for dietary changes you should make, herbal remedies you should consume or some advice about not drinking cold drinks.

This can take some getting used to. You may certainly feel bad turning down the offers of help, but you could potentially feel worse if you don’t believe the remedy has helped you at all, or if the homemade herbal remedy makes you sick to your stomach.

But, hey, anything’s worth a try once. Taiwan may be the only place to cheaply get a master trained in a 2,000 year old practice to prick you with the invigorating ZING! of a needle. And who knows, you may feel all of your unneeded Qi streaming out through the hole that needle makes. And if not, well you can always buy painkillers at 7-11.

I hope you enjoyed this article about Chinese medicine in Taiwan!

Return from Chinese Medicine in Taiwan to Facts About Taiwan