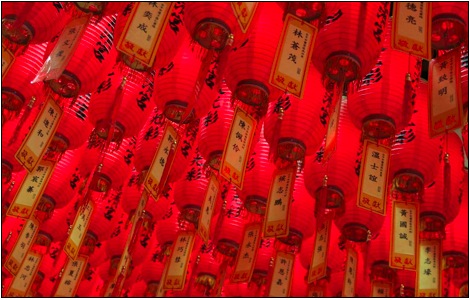 About the Chinese Lantern Festival

The Chinese Lantern Festival comes at the end of Chinese New Year. It marks the first full moon of the new lunar year, and witnessing it is one of the most essentially Chinese experiences. It can also be one of the most beautiful – there’s nothing quite like watching hundreds of self-made lanterns soar into the sky, hoping to fulfill the dreams of those who let them loose. 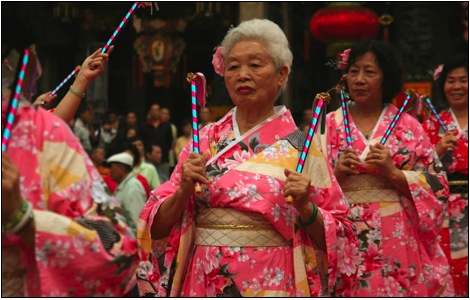 History of the Lantern Festival in Chinese Culture

There are tons of different legends that attempt to explain the use of lanterns, but it’s not quite clear which one is the most credible or most common.

Essentially, the light of the Chinese lanterns being released into the sky seems to signify in some way the relationship that must be kept alive between this world what exist beyond it. One popular version says that the day of the Chinese Lantern Festival corresponds with the birth date of the Tianguan, the Taoist god of good fortune. 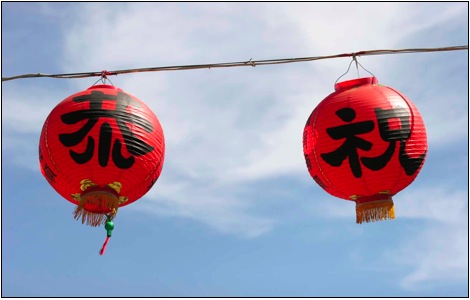 Another Chinese legend says that this special holiday is meant for the worship of Taiyi, who was the ancient god of heaven and could be asked for good fortune and health.

What is Lantern Festival really about?

So basically what happens during Lantern Festival is the following: families take part in decorating their own Chinese lanterns with a variety of different symbols and writings.

Animals are heavily featured, and others such as Chinese mythological features that contain some important symbolism might be drawn on. In addition, one can write in words his or her hopes and dreams for the coming year, with the thought that releasing them into the sky will make them heard. 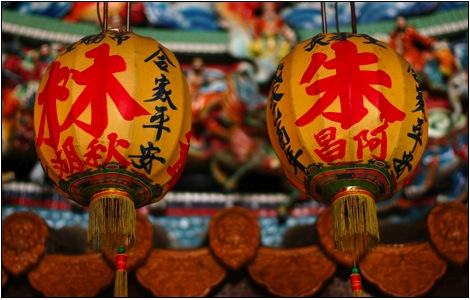 Once the lanterns are finished, people gather in one of many meeting spots. A popular event in Taiwan for tourists is the Taipei Lantern Festival which, though used to be held at Chiang Kai-shek Memorial Hall has started moving around in recent years. Once at the site, a family or individual will light its lantern, release it and watch it soar upward.

Even if you don’t make your own lantern, watching hundreds of them climb upward together is a gorgeous sight, and once they make it high enough it looks like they are adding emphatic exclamation points to the stars in the sky. Just make sure you are aware of the day of the Chinese Lantern Festival so you don’t mistake the mini hot-air balloons for an alien invasion. 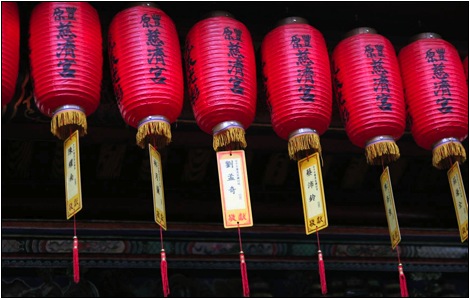 And how could we forget about food? Indeed, no Chinese holiday is complete without its corresponding auspicious foods. The most necessary of all Lantern Festival foods is tangyuan, which translates to something like “soup ball”. Tangyuan contains glutinous rice balls that are filled, usually with something sweet on the inside. 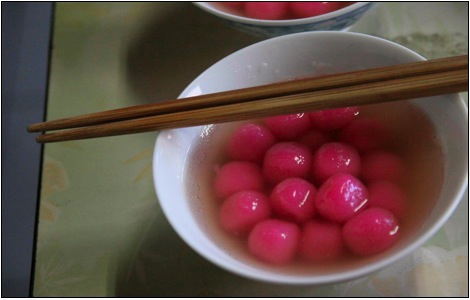 Popular variations are filled with chopped peanuts, red beans or black sesame paste. The “soup” part may or may not be sweet; it’s served hot. It’s seen as kind of a bad move if you don’t eat tangyuan on Lantern Festival in Taiwan. Supposedly, the roundness and fullness of the tangyuan spheres symbolizes family unity. 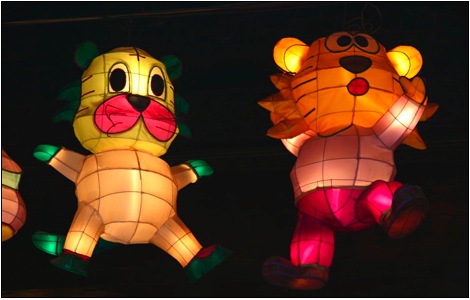 Whether it’s good fortune, good health or just a photo opportunity you seek, I recommend you make it out for the Lantern Festival if you get a chance. It’s an experience not easily forgotten.

Video of the Lantern Festival in Taiwan

Return from Chinese Lantern Festival to Chinese Festivals in Taiwan