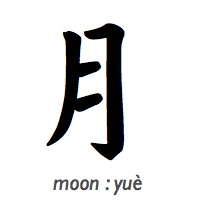 Is Mandarin Chinese the most difficult language in the world?

I have been speaking Mandarin Chinese for ten years now, and people still ask me this question all the time: Is Chinese difficult to learn?

Chinese language is generally considered to be one of the most difficult in the world to learn. Most people that don’t know much about Mandarin Chinese have heard tales about how hard it is, and anyone that has ever so much as set foot in a Chinese restaurant anywhere in the world can tell of the strange and amazing noises they heard emanating from the staff.

If you are a Chinese learner, you will no doubt at some point receive a startled exclamation from someone revelling in how difficult a language it must be. 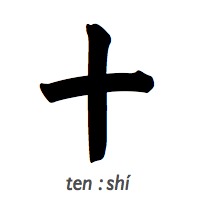 But is Chinese really as difficult to learn as everybody says?

The answer is yes and no. In the simplest terms, Chinese language is just different from English, German and Spanish. It is even quite different from Japanese. So, what about its difficulty level?

It’s all about the tones!

The main thing that makes the Chinese language difficult for foreigners to learn is that it is tonal. Mandarin operates with four different tones, meaning that the way that you say a word can give it four different meanings! It is this tonality – this pronunciation – that causes most trouble for nearly all new speakers and makes Chinese a difficult language to master. 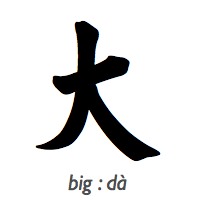 Is Mandarin Chinese the only tonal language in the world?

Mandarin is not the only language in the world that is tonal. In fact, many Asian languages are tonal, including Thai, Vietnamese and Lao. Even Cantonese – Mandarin’s complex little brother – is a highly tonal language, with nine different tones to Mandarin’s four!

Chinese characters can give you a headache, too!

Another thing that makes Chinese language difficult to learn is the writing system. Unlike most other languages in the world, Chinese does not use any kind of finite alphabet or Romanized lettering system. Instead, Chinese is ideographic, meaning that it uses symbols (known as Chinese characters), rather than phonetic letters (a,b,c), to represent words.

There are quite literally thousands of Chinese characters within the language, each with its own unique meaning and pronunciation. The upshot is that, in order for non-native speakers to even read a Chinese newspaper, they must be able to recognize some 10,000 Chinese characters! 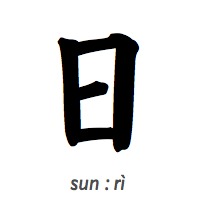 How about writing Chinese?

Writing the characters, too, can be a tough skill to take on. The Chinese language is written using a very delicate and beautiful series of strokes, which were derived from calligraphy techniques once used to paint characters on buildings and scrolls.

Chinese children learn this writing system from the time they are young, so their muscle memories have retained the information for years. The order in which the strokes are written can mean the difference between legible and illegible handwriting and is, thus, incredibly important for a non-native learner to master if he or she ever hopes to be fully literate in the Chinese language. 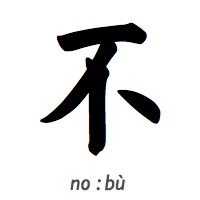 Luckily, the grammar of Chinese language is quite simple, meaning that new speakers can begin saying full sentences quite quickly, once they master how to correctly pronounce the four tones!

Chinese is easy to forget!

I think one of the most frustrating aspects with learning the Chinese language is how easily – and quickly – you can forget how to speak it.

I remember that back in 2005, I took a 4 month long trip to India and when I came back to Taiwan, I simply couldn’t speak Chinese with my friends. Even ordering in restaurants seemed ridiculously hard. The words simply wouldn’t come out of my mouth, and if they did… the tones were totally off!

The most important thing when learning Chinese is to practice every day, even for a few minutes. Also, be patient! Great things aren’t built overnight and mastering something as complex as the Chinese language takes a great deal of time and dedication.

I wish you good luck in your Chinese studies!

More articles about the Chinese language:

Facts About Mandarin Chinese
How many people speak Mandarin Chinese in the world? Where is Mandarin spoken? How is this wonderful Asian language written? How many Chinese characters are there? Get answers now!

Learning Chinese in Taiwan at TLI!
Are you looking for a Chinese language school in Taiwan? See why I recommend TLI (the Taipei Language Institute) in Taichung City, in the central part of Taiwan. You can study Chinese in a group class for as little as NT5000 (around USD180) per month at TLI.

11 Reasons Why You Should Study Chinese
With well more than a billion speakers around the world, Chinese language, also known as Mandarin, is the most widely spoken language on earth. Let me tell you 11 reasons why you should enroll in a Mandarin program right now!

Find out why Taiwan is the best place in the world to study Mandarin Chinese and understand why stydying Chinese is EASY!

Return from Chinese Language is Difficult to
Study Mandarin Chinese in Taiwan!