Moving Chinese Gods. There’s nothing more fascinating than watching a traditional Chinese ceremony like this one. It’s what makes living in Taiwan so incredible. 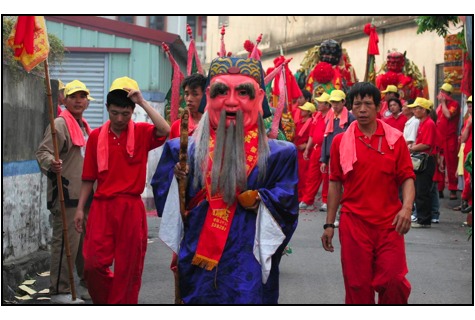 You ride in the countryside, or in a small village, lost between some fields, or right behind a busy avenue. You hear some explosions. Then the music comes. Gongs and bells and trumpets. 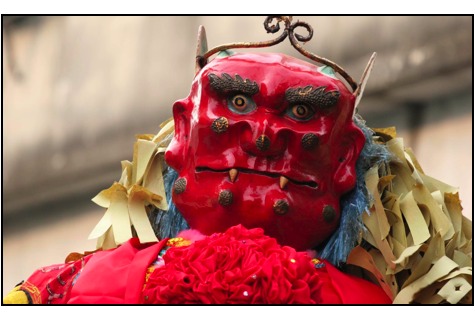 You turn a corner and there’s a mass of people – family, friends, neighbors, at least a hundred of them, right there in the middle of the road, waiting. Some people even came all the way from Taipei or Taidong for the annual event. Moving Chinese Gods is a serious affair and relatives are expected to take part in the ceremony. 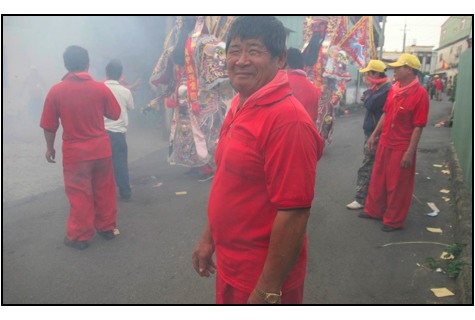 The plan is simple: take some Chinese Gods from one temple to another.

The rites are many and the symbolic of every gesture, every offering… all but comprehensible to the visitor’s eyes. You wonder if they, themselves, understand the practices. And they do. They are Chinese after all. It’s in their blood. The traditions and customs run deep. They’ve witnessed all this since they were born. 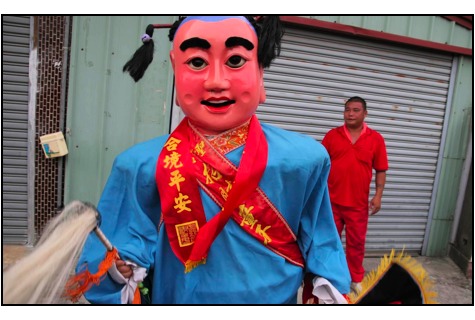 Sleepy elders observe the event with serious looks on their faces. Some young men drink beer in the back of a farmer’s truck while curiously watching you. Then, all of a sudden, they empty their plastic cups, jump off the box and disappear inside a nearby house. They come back wearing heavy costumes of Chinese Gods on their shoulders. The music gets louder. Fireworks explode in the bright, blue sky. The procession is on the move. 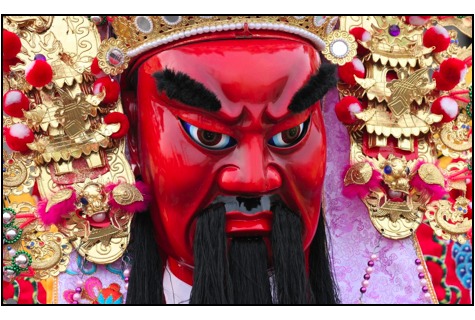 Deities’ statues are loaded onto wooden palanquins, then walked through a raging hell of firecrackers. A bystander starts dancing confusedly. An old lady zooms by on her scooter. Kids are running all over the place. A young Taiwanese girl in bikini sings a pop song and dances at the back of a colorful truck. The elders are fully awake now. 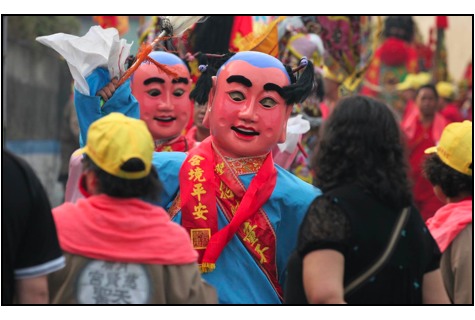 Everyone is following the giant walking gods. Their wooden arms are moving up and down, their eyes are looking in all directions. The crowd tightens around them. Smoke, noise, confusion. 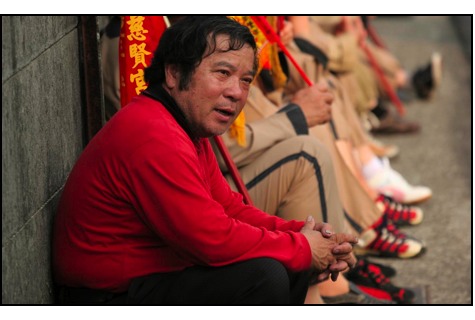 The procession doesn’t last long. Some buses are waiting a couple of rice fields away – the destination is too far to be reached on foot. In a matter of minutes, everything and everyone disappears and the buses take off.

All that remains is the quiet countryside and a red trail of dead firecrackers on the ground. 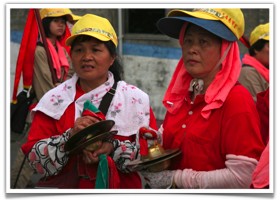 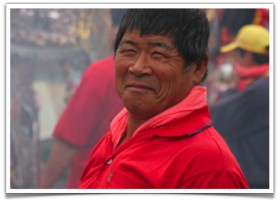 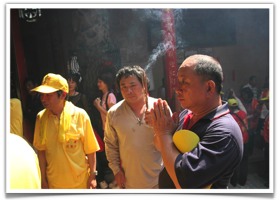 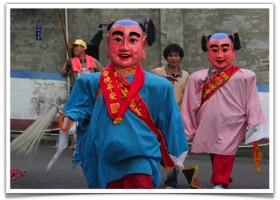 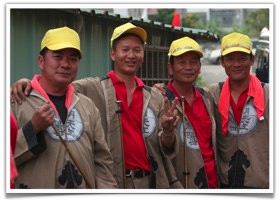 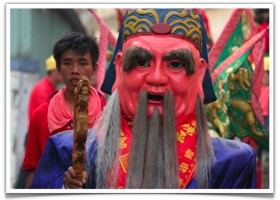 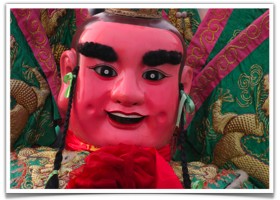 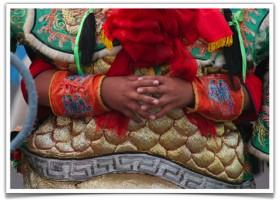 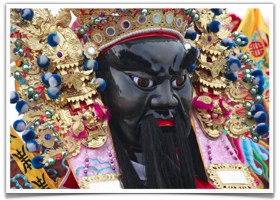 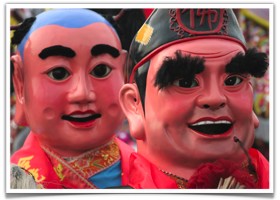 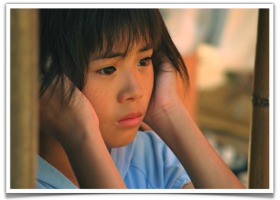 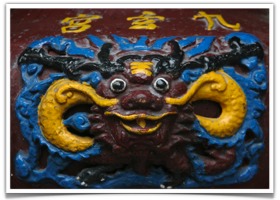 Liked this page? Check out these links…

Lotus Pond in Kaohsiung City: More pagodas, temples, gods, incense and intriguing structures. Lotus Lake is not to be missed!

Old Lugang: Some Taiwanese say Lugang should be the place to visit if you only had to choose one for your travel around Taiwan.

Caotun: Only 20 minutes outside Taichung, the small town of Caotun has 2 of the most unusual temples on the island.

Tainan: The temple city! See why people compare it to Kyoto…

Ancient Chinese Religion in Sanxia: A weird Chinese festival and one of the most impressive Taiwanese temples.