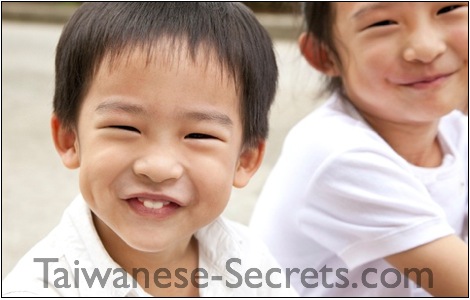 What is the Chinese Gender Calendar?

Most new parents, Chinese or otherwise, are eager not only to find out the gender of the baby in the womb, but also to find a way to choose the gender in the first place. If you are Chinese, you just might turn to the Chinese baby gender calendar.

A bit about Chinese filial piety…

Probably the deepest spiritual value in Chinese culture is what in English is known as filial piety. It’s so unique to East Asian culture, that Westerners and others really don’t have anything quite like it.

When we say love and obey your parents, it doesn’t really even come close to the depth of the Chinese Confucian virtue that dictates that children, especially a son, honor their father. It’s probably best expressed as a deep longing within the child to honor, respect, and obey the parents, especially the father.

From this cardinal virtue in Chinese society sprang what Westerners call ancestor worship. While arguably not quite the same as worship, this Confucian practice dictates that a son must show respect to the dead ancestors in order for them to live pleasantly in the afterlife.

Some people think if there is no son to carry on this tradition, the ghost of the father will not rest in peace and will become a starving, wandering ghost. No wonder how important the concept of predicting gender and the creation of a Chinese gender calendarbecame to the ancient Chinese, and moderns today as well!

So in Chinese culture especially, the gender of a child was of paramount importance. It’s not just bad press that the Chinese prefer having boys. For cultural reasons, they really do.

The importance of having a son in Chinese culture

In traditional Chinese Confucian culture, a new wife is more or less a servant to the mother-in-law until she bears a son. In earlier ages when polygamy was common practice, the wife who bore the first son didn’t just receive a place of honor and respect. She also became one of the most powerful members of the household.

Because of the paramount importance of having a boy, the ancient Chinese devised a way of predicting when a woman should get pregnant to have the highest chance of conceiving a son. From it came what is now known as the Chinese gender prediction.

How does the Chinese gender predictor work?

The principal idea is that from the Chinese birthdate one can calculate when a son could be conceived.  If the mother’s birth date sign is Yin for example, in order to have a son, he must be conceived to be born in Yang.

Conversely, if the mother is yang, the son should be yin. Yin and yang, as you probably know, are the male and female energy principals that underlie the Chinese Taoist beliefs regarding everything from food, to health, to gender, to sex. A Chinese gender calendar maps out what these combinations are.

Some people think that the Chinese gender calendar, very ancient, was buried in a king’s tomb more than 500 years ago. Some people go so far as to believe that it exists today in the Beijing Institute of Science.

Whether or not such a document actually exists, you can find simple, cute ways of predicting your baby’s gender through a quick web search for a Chinese gender calendar.

Read about the Chinese Zodiac Signs

12 Chinese Zodiac Symbols
Find a list of the 12 Chinese horoscope signs as well as a brief description of each zodiac sign’s characteristics. The Chinese zodiac is based on the Lunar Calendar

Return from Chinese Gender Calendar to Chinese Society and Culture