Understand the basics about Chinese festivals in Taiwan!

The Taiwanese calendar has its fair share of traditional Chinese festivals. If you visit Taiwan during a Chinese holiday such as the New Year, or Moon Festival, you may witness some traditional practices such as burning ghost money, lighting firecrackers, or wearing clothes of a certain color (red).

Nowadays (2018), Chinese festivals aren’t as celebrated as much as before. The new generation seems to care less and less about traditions in general throughout the island.

When I first arrived in Taiwan back in 2000, you just knew it when there was a festival going on. The city would move to another beat. There was excitement in the air, smoke and noise on the streets, music coming from temples.

Most Chinese festivals and holidays have two things in common: family and food. Whether it’s the Chinese New Year holiday, Dragon Boat Festival, or Tomb Sweeping Day, Taiwanese people unfailingly swarm on the highways to travel back to their hometowns – usually from big cities to the countryside – to enjoy a Chinese feast with their family. For you, practically speaking, it means less convenience for both public transport and self-drive, as everyone seems to be on the move. 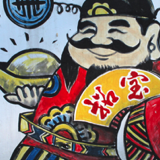 1st to 15th day of the lunar calendar

The Chinese New Year Festival is the biggest holiday celebrated in Taiwan and marks the start of the Chinese year. People travel back to their family to enjoy huge meals, the lucky color red is all over the place, kids receive red envelopes filled with money, and firecrackers explode all over the place to scare away evil spirits.

Traveling around Taiwan during the Chinese New Year Holiday is not convenient, but the experience can be rewarding if you’re interested in traditional Chinese customs. Read more about the Chinese Lunar New Year. 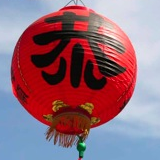 15th day of the lunar calendar

On the day of the Lantern Festival, Taiwanese people make lanterns (usually made of thin paper) in the shapes of animals, cartoon characters, dragons, and other traditional Chinese symbols. One of the coolest things to do during this famous Chinese celebration, is to head for one of the special events held at various places around Taiwan where hundreds (sometimes even thousands) of people release their Chinese lanterns in the sky.

More about the Lantern Festival... 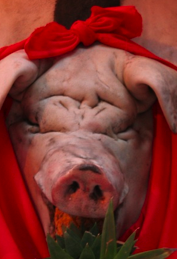 9th day of the lunar calendar

The Fat Pig Festival is held every year at Qingshui Zushi Temple, in Sanxia Township, in Taipei County (northern Taiwan).

The one-day event takes place at the end of the Chinese New Year holiday. According to ancient Chinese folk belief, enormous pigs are the best offerings one can give to the gods. Some of the sacrificial pigs on display weight more than 1,300 pounds. The whole affair is pure madness… thousands of people show up, tons of incense is burnt, tall Chinese puppets dance in the crowd, loud firecrackers, drunk people…

Curious about this crazy Taiwanese holiday? Want to know more about the Fat Pig Festival in Sanxia? Click here. 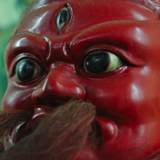 This Chinese festival is dedicated to one’s ancestors. Ancestry is a crucial aspect of spirituality in traditional Chinese thought, and Tomb Sweeping Day exists to honor those who have passed, and who are thought to continue to keep watch over us even today.

On the actual day, practitioners visit the tombs and graves of their ancestors in order to make sure that they are well-kept and tidy. Weeds are removed, underbrush is trimmed, and things are generally made to look presentable. Learn more about the Tomb Sweeping Chinese holiday here. 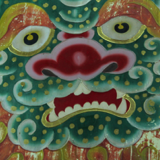 This Chinese Festival is also called Duanwu Jie. The holiday is a commemoration of the person and life of Qu Yuan. Celebration of Dragon Boat Festival is pretty fun. In the days leading up to the festival, people in Taiwan prepare and eat zongzi.

The Chinese Dragon Boat celebration is marked by dragon boat races. Dragon boats are ornately decorated and colorful, and watching a race is a stunning visual and auditory experience. Read more about it here... 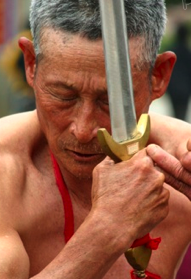 The Chinese Ghost Festival is also called the Ghost Month. It’s one of the only “festivals” in Taiwan where families are not expected to reunite.

It is said that on the first day of the Ghost Month, the doors of hell are opened and spirits come back to Earth to haunt people, eat, drink, and do other weird stuff… There are so many superstitions, so many DON’Ts that Taiwanese people follow to keep a good relationship with the dead. Don’t swim, don’t whistle, don’t open an umbrella in your house… Read more about the Chinese Ghost Festival in Taiwan here.

The Moon Festival, also known as the Mid-Autumn Festival, will give you an opportunity to take part in something you might actually understand – barbecue. The Moon Festival takes place on the fifteenth day of the eighth month of the Lunar Calendar.

Get the whole story of the Mid-Autumn Festival in Taiwan here.

Return from Chinese Festivals in Taiwan to Taiwanese Secrets Homepage