Between Taichung (Tai-Center) and Tainan (Tai-South) rests Chiayi, a city with just under 300,000 inhabitants. It is firmly grouped in “Southern Taiwan”, bringing the Taiwanese-speaking and warm weather that comes with that distinction. While tourists usually only swoop in and out of Chiayi on their way to popular Alishan Mountain, the city does offer its own charms and sights.

Chiayi is definitely not the first stop tourists make in Taiwan, but it can offer an endearing look into what life is like in the island’s south without the cosmopolitanism of places like Tainan or Kaohsiung. It may not offer a huge number of options, but it’s worth more than just a stop-over on your way to Alishan or another Taiwanese destination.

Indeed, the reason most often given for traveling to Chiayi is simply its food, so having a meal or two and taking a stroll might be the best way to spend your time.

Things to do in Chiayi / Attractions

Chiayi is fairly lacking for eye-catching tourist attractions, but those looking for a slice-of-life view of Southern Taiwan shouldn’t be disappointed. Here are some ideas to get your trip started.

Temples
Temples in the south of Taiwan have a different flavor than their sisters in Taipei or elsewhere in the north. Chiayi has no shortage of temples dedicated to various deities. With a distinctly Sanskrit-sounding name, the Amitabha temple is one of the biggest and has some great architecture as well as gardens. However, small temples are scattered throughout, and I recommend popping into a few to be greeted by Chiayi’s notoriously friendly people and sample the intricate carvings and areas of worship.

Chiayi Park and Botanical Gardens
The park and the temples are not mutually exclusive. In fact Chiayi Park contains a few places of worship within its borders. A great place to walk around and absorb the lushness of the tropical climate that houses Chiayi, the park also serves as a kind of outdoor museum by telling different parts of the city’s history throughout it.

Finally, Chiayi Park’s northeastern corner is home to the city’s botanical gardens, boasting 140 species of plants and trees. Chiayi is more or less right along the Tropic of Cancer, so the gardens have served as experimentation ground for forestation experts.

National Chiayi University (NCYU) Insect Museum
Biodiversity seems to be the name of the game here. Unfortunately there’s little in the name of English signage, but the number of Guinness Book-qualified insects here might make the fact that you don’t understand how dangerous they are a blessing rather than a burden. 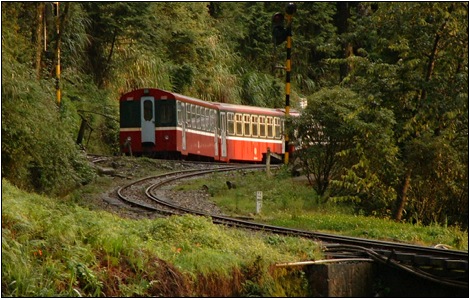 Getting Around Chiayi / Local Transportation

For the bold or the Chinese-adept, Chiayi’s fairly comprehensive bus system might prove useful. While stop announcements are in English, it will require good Chinese skills to navigate to the right location. An alternative option is always taxis, which are inexpensive but again might be a moderate challenge if you’re operating in English only.

If you plan to use taxis, try to get a written Chinese version of the places or addresses that you’re headed to. Finally, my favorite option is always to rent a scooter near the train station and find your own path.

Eating out in Chiayi / Restaurants

Chiayi is famous for food more than anything else. Within this, the dish that trumps all other in terms of fame is “turkey on rice”, which is exactly what it sounds like. While the northern versions might use chicken or low-grade meat, the original is the best and it is found in Chiayi. Seafood also features in the local cuisine, particularly the oysters that also to a degree help fuel the economy by providing jobs.

Fountain Turkey Rice is a popular chain that specializes in the specialty of turkey rice in Chiayi City. 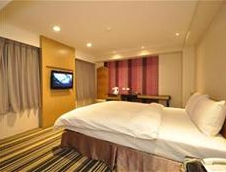 Most hotels, hostels, and guesthouses in a place like Chiayi are more or less the same – fairly clean, fairly cheap and mostly concentrated near the train station. Don’t expect to pay more than NT$1,500 or NT$2,000 for anything short of luxury. Since you’re most likely not going to be staying for too long, the places near the train station are probably the best bet.

Book a Chiayi Hotel Now! As usual I would like to invite you to visit HotelsCombined.com if you’d like to check room availability, find discounts, or make a reservation for a hotel in Chiayi.

Travel to Chiayi by Train and Bus

Without question, Taiwan’s train network will be the simplest way to get to Chiayi. For the cheaper version, you’ll want to get on the TRA trains, which are slower and will take five hours or so from Taipei.

For the impatient, Taiwan’s newly-built and blazing High-Speed Rail (HSR) trains also have a stop in Chiayi. Keep in mind that the HSR stop is several miles outside of the city itself, but buses or taxis can be used to get to the city center.

Enjoy your trip to Chiayi (Jia-yi) in Taiwan!