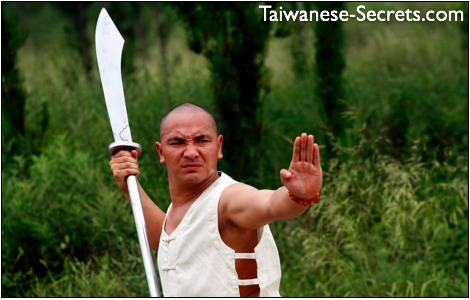 The ancient Chinese were very good at inventing and developing many new tools and weapons. They developed a large number of different weapons which were used to fight many wars throughout Chinese history. These ancient Chinese weapons are what gave Chinese people the power to unify such a large country.

The Chinese army used four different types of weapons; these were split into different categories. These were Gun, Dao, Qiang and Jian. If you are learning about ancient Chinese weapons then you will want to find out about these individual categories.

The Gun wasn’t actually like a modern gun. This was the most basic and simple Chinese weapon used in ancient times. This was just a staff made out of bamboo. It was used along with Chinese martial arts.

This became a popular weapon of choice for self-defense. This Gun also improved the effectiveness of martial arts. If used by someone who was good at martial arts, then it was possible to easily defend yourself using a gun.

The Gun wasn’t really used by the Chinese army, except for training purposes. The army favored weapons made with metal blades because they were more durable and sharper.

The Dao was one of the most common weapons which was used in China. There are actually several different types of Dao. The most normal type of Dao was a short spear with a blade mounted on the shaft.

It was also possible to find some Daos which were similar to a sword as they had a blade directly attached onto the handle. The blades of the old Chinese weapons are very beautiful and considered exquisite even by today’s standards.

The Dao was used by the armies in ancient China. This was used for hand to hand combat. The Dao became an even more important weapon for the cavalry as it was one of the only weapons in Ancient China which were suitable for use on horseback. Dao remained in use until the 20th Century.

The Qiang was a large spear which was very important to the Chinese Army. This had a long shaft which was normally made from bamboo, and a tip made from either iron, bronze or steel. The Qiang remained in use even after firearms were introduced as they could still be launched long distances for long distance warfare.

The Jian was the most important weapon in Ancient China. This was a sword which was used for much of ancient Chinese history. The blades on these ancient Chinese weapons were also amazingly beautiful. The Jian had many uses including the infantry and cavalry. This was the primary weapon and served many functions.

Modern Chinese weapons have long since replaced all of these ancient combat tools. However, some of the ancient Chinese weapons have a ceremonial function. They are also used in some martial arts demonstrations by trained professionals. Not many of these ancient weapons still exist, but they were once very important for the biggest and most powerful country in Asia at the time.

Ancient Chinese Rockets
China is credited with lots of inventions that have changed the world as we know it. They discovered gunpowder and started finding many different uses for it such as fireworks, firecrackers, and rockets.

Ancient Chinese Gunpowder
One of the most important inventions that the Chinese ever created was gunpowder. Chinese gunpowder is still in use today and is one of the most powerfully explosive substances available.

Return from Ancient Chinese Weapons to Chinese Society and Culture

I’m the weirdo behind this site. I’ve been living in Taiwan since 2000, so basically I’ve spent half my life here. I have a big passion for everything Formosa and I’ve been working on this website since 2008 to share the beauty of Taiwan with the world!