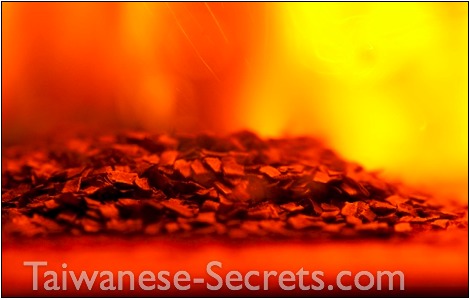 While ancient Chinese gunpowder has made war much more deadly, it has also much more interesting uses. These include mining and fireworks. Without gunpowder, civilization would be at a loss.

Alchemists during the Han Dynasty in China were trying to create a formula which would allow them to live forever. This immortality elixir was never found. However, they did stumble across the ingredients used for ancient Chinese gunpowder.

When they were using Potassium Nitrate and Sulphur to try and create their elixir, they found that it would actually ignite spontaneously. This was of great interest to the Ancient Chinese Alchemists, even though the reaction was very dangerous.

One of the Chinese alchemists which discovered this went on to write a book discussing the interactions between different substances and warning that certain ingredients should not be mixed together because they can have a volatile reaction.

By the end of the Tang Dynasty the Chinese developed their knowledge of Sulphur and Potassium Nitrate to develop a formula for gunpowder. The early gunpowder was very similar to the gunpowder still in use today. This was charcoal, sulphur and potassium nitrate mixed together.

This was initially used to create flares for signaling and fireworks which were used to scare off evil spirits. They also filled metal containers with gunpowder and created simple grenades.

The Song Dynasty saw the creation of flame throwers which were used during many battles. This worked by packing gunpowder into bamboo tubes which were then lit.

While the mix used to make early gunpowder was similar to the formula still in use, it also contained a number of toxic substances. These include arsenic and mercury. This means that the use of ancient Chinese gunpowder in this way could be seen as the first use of chemical warfare.

Spreading throughout the world

After the Chinese discovered gunpowder, this knowledge spread across the rest of the world. Weapons powered by gunpowder started to appear in the Middle East, Europe and India. These other countries also worked on refining and finding uses for Gunpowder. While it’s not clear whether Chinese or other nations are responsible for refining the mix, they can still be credited with its creation.

The Chinese armies were quick at finding many new uses for the explosive gunpowder. Throughout history they created many Gunpowder weapons which helped them to defeat many nomadic tribes in the country.

Return from Ancient Chinese Gunpowder to Chinese Society and Culture